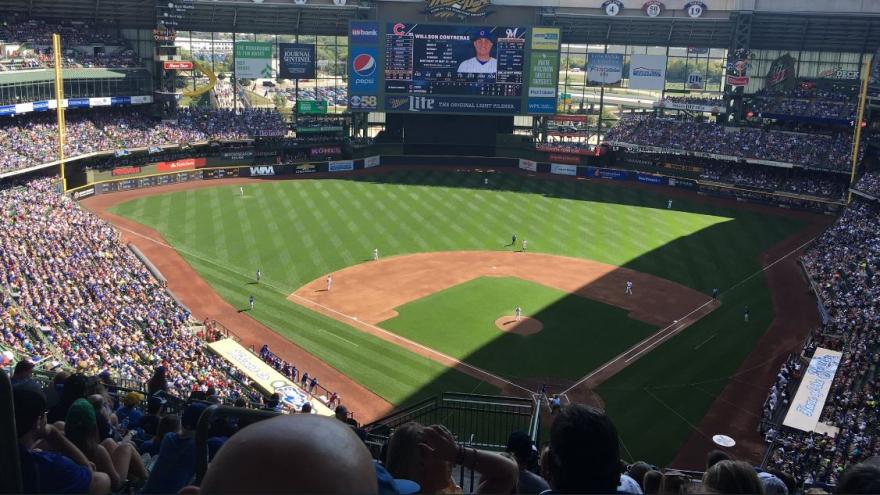 MILWAUKEE (CBS 58) -- The Milwaukee Brewers held their final home game of the season Thursday afternoon. With the last two games at home the Brewers passed 2.5 million fans for the season. According to Brewers Senior Director of Media Relations, Mike Vassallo, this is the tenth time in the last 11 seasons that over 2.5 million fans have attended games.

According to the MLB the capacity of Miller Park is 41,900 seats.

The official number of fans for the Brewers entire home season will end at 2,558,722 with an average of 31,589 fans per game for the 81 home games this season. The team had eleven sellout games.