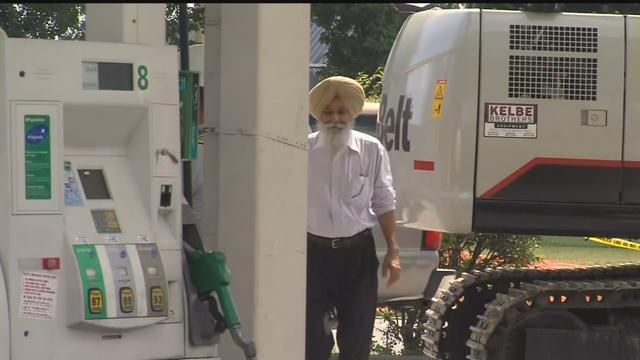 The owner of the BP Gas Station which was burned to the ground Saturday came out to survey the damage this afternoon.

CBS 58’s cameras were there as Pakhar Singh sifted through what was left of his business.

Earlier this summer there were protests outside his gas station after an employee fired a gun near a group of rowdy kids.

The gas station was targeted the night the unrest began and was set on fire even as employees were still inside.

Other businesses are working on picking up the pieces in the Sherman Park neighborhood.

ATF crews are still out sifting through damage in search of evidence of who set the fires.

Police are still on scene monitoring the situation some in full body armor.

In all, eight businesses were burned.

The ATF is asking for information...offering a ten thousand dollar reward that leads to an arrest and conviction.