Boy Running Late for School Stops Everything for Pledge of Allegiance 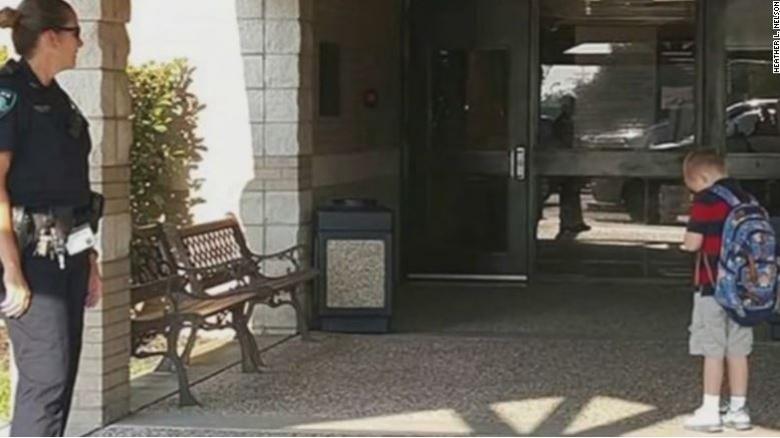 (CNN) Nothing makes parents happier than definitive proof they're raising their kids right.

A Texas mom recently got just that kind of proof while running a little behind schedule.

When Heather Nelson dropped her 5-year-old son Royce off late to school last week in Santa Fe, she was surprised when he stopped in his tracks and bowed his head. She had no idea why he was doing this, until an officer nearby told her, "Mom, he's doing good, he stopped for the Pledge of Allegiance.'"

"I was so proud that he stopped when the Pledge of Allegiance came and stood his ground and did not move as the other kids were going in and then took time out and prayed and did not even care or think twice about it," Nelson wrote in her post. "This is such a beautiful picture."

"That's the way they do that in the morning, they shuffle those kids in. But that is their job and it is for a reason indeed," she told CNN affiliate KTRK. "But I'm glad she saw what he was doing and she let him do his thing."