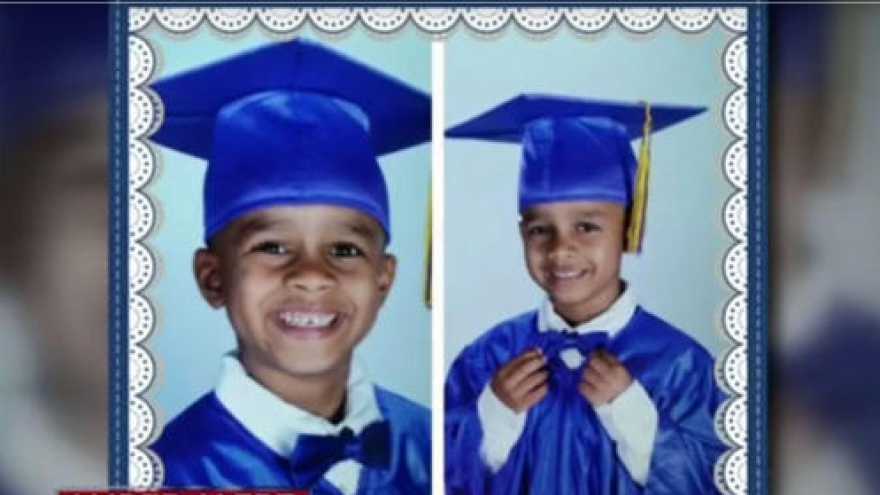 GLUCKSTADT, Miss. -- A missing young boy from Mississippi has been found shot dead in a car that thieves stole while he was still in it, police say.

Jackson Police Commander Tyree Jones says 6-year-old Kingston Frazier was shot at least once after the car was stolen early Thursday morning from a grocery store parking lot in Jackson.

"Kingston, he's very smart," Martin Archie, the boy's uncle, told the station. "He was ready, he was so excited, that's all he's been talking about yesterday was his graduation today."

Kingston was inside a silver 2000 Toyota Camry when the car was stolen outside a Kroger on Interstate 55 in Jackson about 2 a.m. Thursday. Hinds County sheriff's officials say the child's mother had left the car running with Kingston inside.

Two men in a Honda pulled up, surveillance video shows, and the passenger jumped in the Camry with the child inside, The Clarion Ledger reported. Both vehicles sped away.

Authorities across Mississippi spent much of Thursday morning searching for the boy. About nine hours later, following a child-abduction alert and widespread publicity, a man reported the Camry was on the side of a dead-end road in Gluckstadt, north of Jackson.

"A 6-year-old is gone," said Kingston's cousin, Kolby Irby. "His mother has to deal with this. That's her baby."

WJTV reports two people of interest have been taken into custody.

Before the child was found dead, Jackson Police Chief Lee Vance held an emotional Thursday morning news conference, asking whoever had Kingston to bring him home.

"Just drop him off at the store," Vance pleaded.

WJTV spoke with distraught family members who described searching for the boy through the night.

"This is the worst thing to wake up to, we've been looking for him for nine hours," the child's aunt Deanna Moore told the station. "We've ridden every neighborhood in Jackson. We've been down back roads, behind bushes, we've been everywhere. He wasn't there."