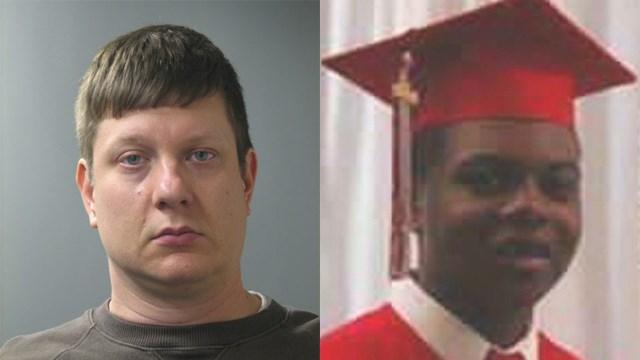 (WBBM) - A Cook County judge has set bail at $1.5 million for the Chicago police officer charged with killing 17-year-old Laquan McDonald, after reviewing the infamous video recording of the teen’s death last October.

Officer Jason Van Dyke had been held without bail since he was charged with first-degree murder last week. At a bond hearing last Tuesday, Cook County Judge Donald Panarese Jr. said he wanted to review the police dashboard camera video recording of the shooting before setting Van Dyke’s bail.

After watching the video in court Monday, Panarese set Van Dyke’s bail at $1.5 million, meaning he must post $150,000 in cash to be released. Defense attorney Dan Herbert said he expected Van Dyke to post the required bail on Monday.

Van Dyke has been charged with first-degree murder in McDonald’s death.

In the video of the shooting on Oct. 20, 2014, Van Dyke is seen exiting his car with his gun drawn and approaching McDonald. His first shot spins McDonald around and he collapses in the middle of Pulaski Road. The video shows McDonald walking away from the officer as Van Dyke moved closer before shooting.

Once McDonald is down, the shooting continues. After the initial shot, the video doesn’t show Van Dyke actually firing, but puffs of smoke rise from McDonald’s body, evidence of several more shots. McDonald is seen lying on his side in the road, twitching from the impact of the bullets.

After Van Dyke stopped shooting, his partner is seen kicking a knife away from McDonald’s body.

In the autopsy report, the medical examiner said the teenager suffered 16 gunshot wounds.

McDonald was armed with a knife and reportedly under the influence of PCP, but did not lunge at officers as police union officials initially claimed. Although authorities have said at least eight officers were on the scene at the time, only Van Dyke opened fire.

The release of the video sparked a series of protests across the city, including a march along Michigan Avenue on Black Friday, prompting the temporary shutdown of Water Tower Place and several other stores.

Protesters have called for Police Supt. Garry McCarthy and Cook County State’s Attorney Anita Alvarez to resign over their handling of the case.