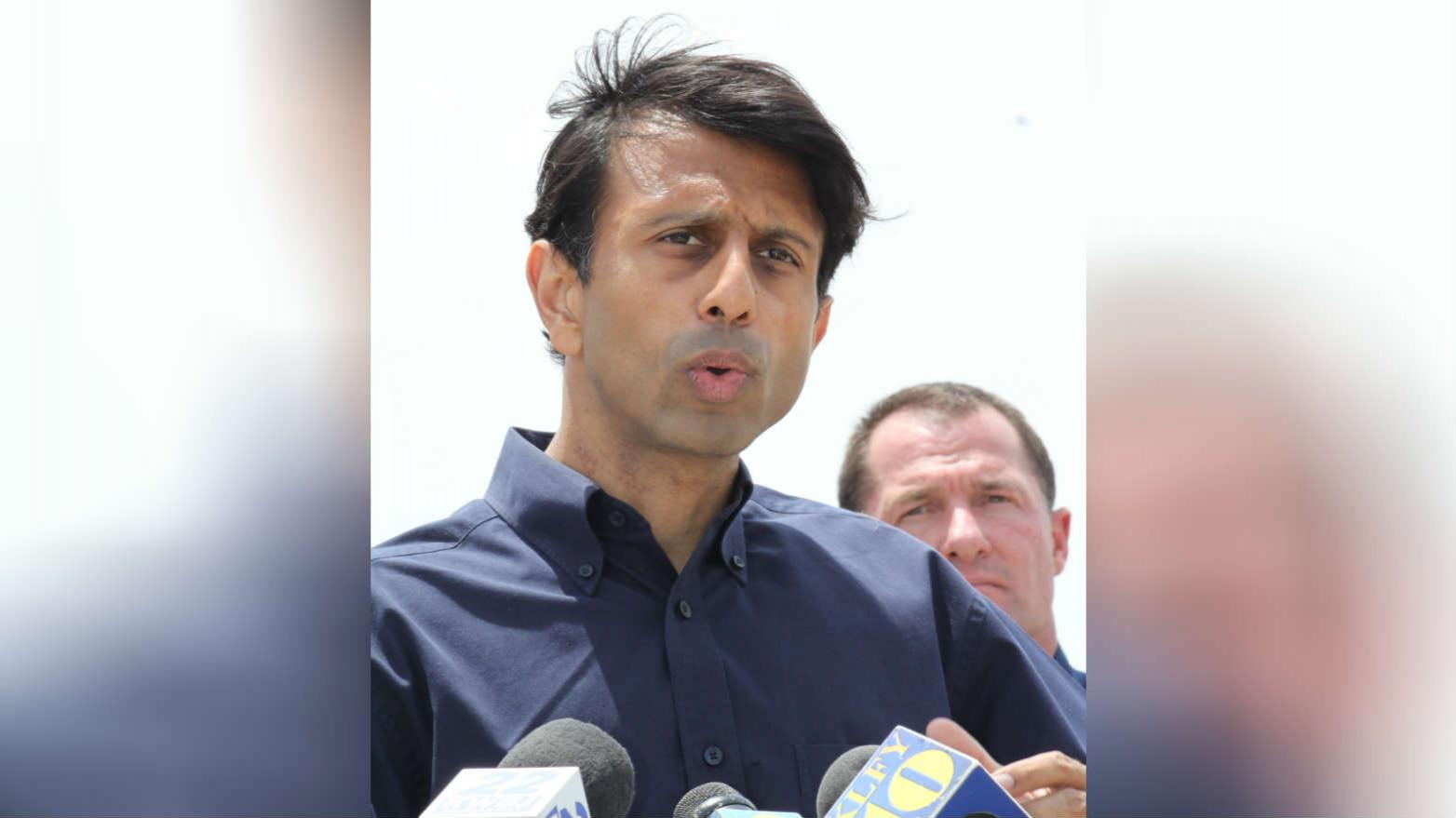 \"In the West, non-assimilationist Muslims establish enclaves and carry out as much of Sharia law as they can without regard for the laws of the democratic countries which provided them a new home,\" Jindal said in his address to the Henry Jackson Society in London, according to prepared remarks.

\"It is startling to think that any country would allow, even unofficially, for a so called 'no-go zone.' The idea that a free country would allow for specific areas of its country to operate in an autonomous way that is not free and is in direct opposition to its laws is hard to fathom.\"

The idea of \"no-go zones\" sparked controversy last week when a Fox News commentator raised the prospect of areas in France, Britain, Sweden and Germany where those countries' governments \"don't exercise any sovereignty,\" and instead are run largely by Muslim immigrants.

He also mentioned whole cities \"where non-Muslims simply don't go in,\" in particular the city of Birmingham in the United Kingdom.

\"When I heard this, frankly, I choked on my porridge and I thought it must be April Fools Day. This guy is clearly a complete idiot,\" he said.

The commentator later went on to apologize to Birmingham for labeling it a no-go zone, but stood by the idea that such areas exist. Fox News, however, issued a formal apology for the remarks, with host Julie Banderas retracting the comments as \"regrettable errors\" and saying the network \"deeply regret[s] the errors and apologize[s] to any and all who may have taken offense.\"

But a Jindal aide said the governor stuck largely to the text as prepared, and included the criticism of the zones. And the remarks have drawn praise from conservatives and national media attention at a time when the potential presidential contender is looking to raise his profile in time for a potential presidential bid.

Democrats knocked him on the speech, with Democratic National Committee spokeswoman Rebecca Chalif telling CNN Jindal \"butcher[ed] the facts\" in the address.

\"It's no surprise that Bobby Jindal would go abroad and butcher the facts in an effort to divide people -- this is exactly what we've come to expect from Jindal here at home. Jindal is just embarrassing himself. He is abroad while Louisiana is facing a budget crisis of his own making --- he can't even govern his state, he is the last person we want wading into foreign policy,\" she said.

In the speech, Jindal suggests the rise of such no-go zones has contributed to growing anti-semitism throughout Europe, which has prompted many Jews to emigrate from their home countries.

\"How does such evil rise again in democratic countries?\" Jindal asks, according to the prepared remarks.

\"I believe it is because radical Islamists have been given too wide a berth to establish their own nation within a nation,\" he adds.

Earlier in the address, Jindal sets responsibility for the violence perpetrated by Islamic radicals in the name of their religion squarely on the shoulders of the nation of Islam, and Muslim practitioners.

He says \"it is clear that far too many [Muslims]\" agree with those radicals, and \"they must be stopped.\"

And he declares: \"Islam has a problem.\"

\"If Islam does not support what is happening in the name of Islam, then they need to stand up and stop it. Many Islamic leaders argue that these are the acts of a radical few,\" Jindal says.

The Louisiana governor goes on to call for Muslim leaders to \"condemn anyone who commits these acts of violence, and clearly state that these people are evil and are enemies of Islam.\"

\"Muslim leaders must make clear that anyone who commits acts of terror in the name of Islam is in fact not practicing Islam at all,\" he said. \"If they refuse to say this, then they are condoning these acts of barbarism. There is no middle ground.\"

Despite criticism of the no-go zone idea, the speech drew praise from conservatives, with National Review columnist Larry Kudlow calling it a \"brilliant take on radical Islam.\"

\"It is the toughest speech I have read on the whole issue of Islamic radicalism and its destructive, murdering, barbarous ways which are upsetting the entire world,\" Kudlow wrote in an op-ed.