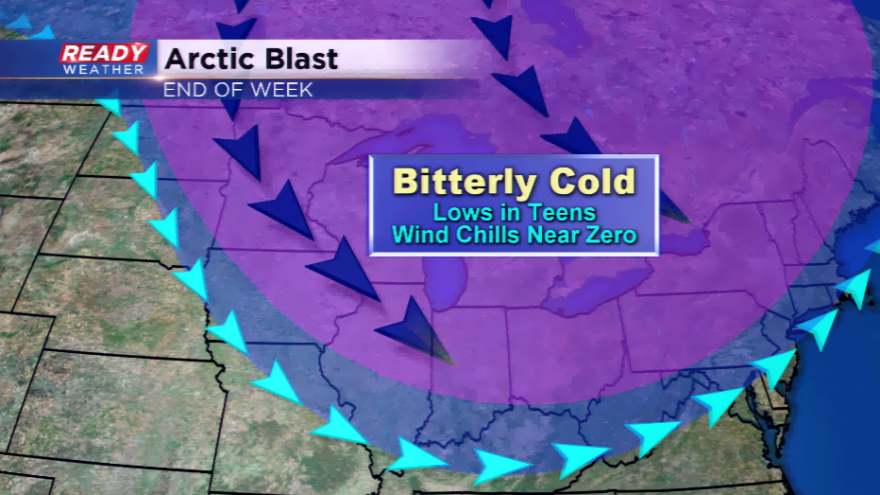 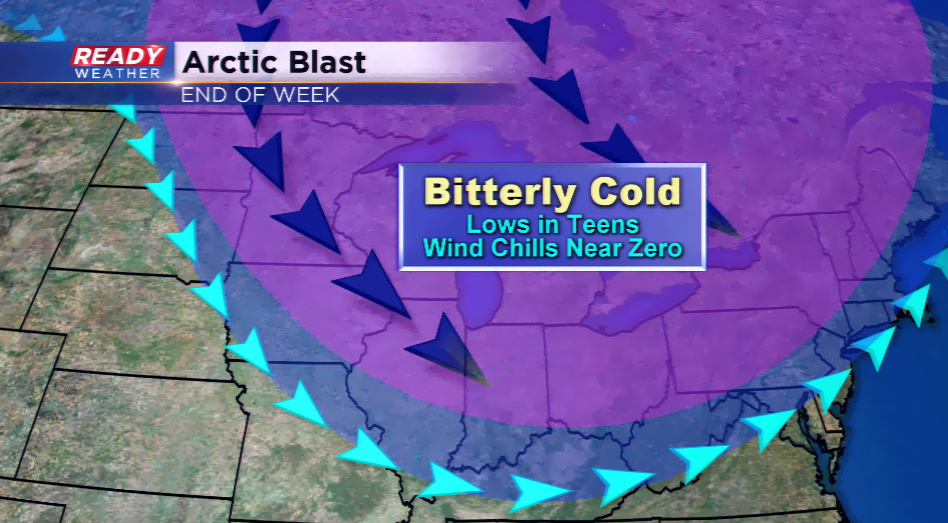 A big dip in the jet stream will usher the coldest air of the season. This will bring a blast of Canadian air that will last temporarily from tonight into early this weekend. The last time lows plunged into the teens was March 15th, and that was the last time the area saw highs around the freezing mark, which is what we are expecting by Friday. 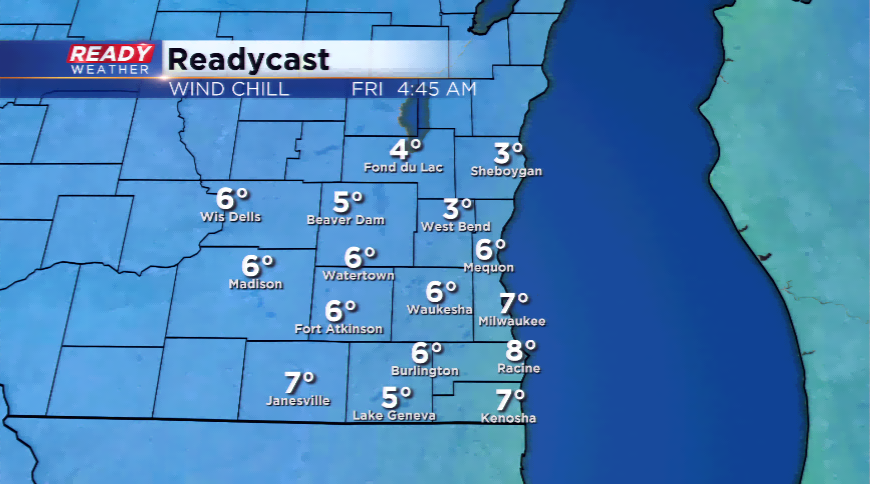 The big concern is the overnight lows heading into tonight, but the wind chill factors will be brutally cold for this time of year. With a strong northwest wind developing behind the cold front, not only will temperatures drop like a rock, the wind chills could tumble near zero in some spots by Friday morning.

The daily record low is in jeopardy as well Friday morning. The record low for Friday is 15 degrees set back in 1957. The forecast low right now is 17 degrees. There will be locations around southeastern Wisconsin that will be colder than this by daybreak on Friday.

Winds are expected to calm a bit on Friday and the winds will shift more out of the south later on Friday into Saturday. This will set the stage for precipitation chances, some which could mix in with sleet or snow. 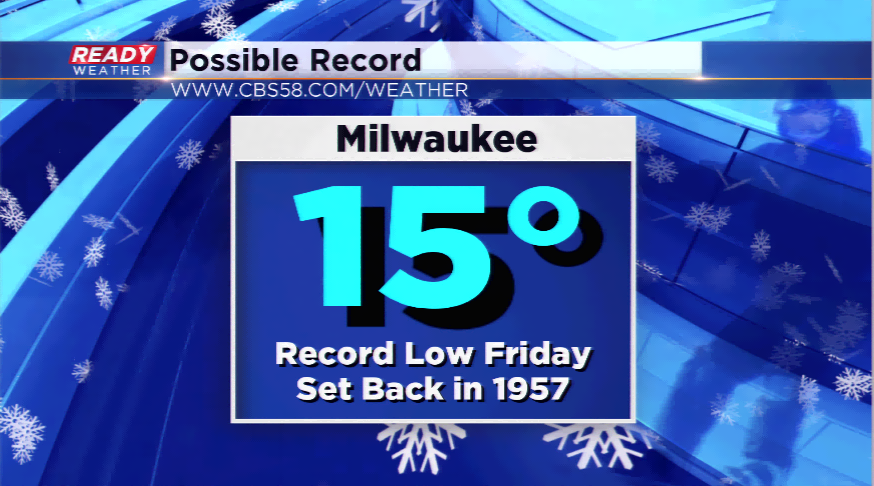