Bill would impound cars if driver caught without a license 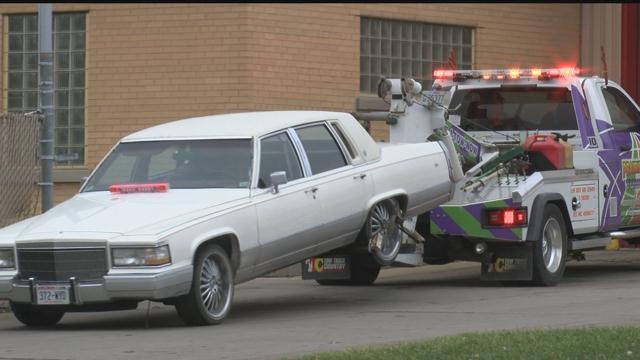 Sanfelippo’s proposed legislation, LRB-2818, would require the impoundment of most vehicles involved in offenses of operating without a license, operating after revocation or operating while suspended.

Any resident applying to register a vehicle with the Wisconsin Department of Transportation would also have to show a valid operator’s license. The DOT must refuse registration if a license is not provided.

"If you're stopped for driving a vehicle and the officer finds out you do not have a valid drivers license your car will be impounded and taken to the tow lot. On the spot," Sanfelippo said.  "Once you prove that you have your license reinstated and you have insurance you can get your car back from the tow lot."

Sanfelippo said there would be one exception.

"We do make an exception in the bill for somebody who maybe just forgot to renew their drivers license within the last six months their car would not be impounded. They just have to make sure they get their license reinstated. Some people sometimes there's an honest mistake. But for the most part, those 114,000 tickets were issued to people who knowingly and willfully broke the law and are driving without a license."

A local attorney doesn't think this is a good idea.  Molly Gena, who represents people trying to get their license back, says it would adversely affect lower income people.

"The folks who are not paying, are not paying because they can't," Gena said.  "Unfortunately, threatening to impound their cars isn't going to give them money all of a sudden that they never had. They couldn't pay in the first place. now they are stuck with an impounded vehicle and all the fees associated with that."

She supports getting dangerous drivers off the road, and feels it could focus on drunk drivers instead.

"The folks who are suspended for not being able to pay tickets, who again are the majority of the suspensions in our state,  have a two-year suspension which is much longer than that first-time OWI revocation," Gena said.

Sanfelippo said he's searching for co-sponsors and hopes to bring the bill forward early next year.