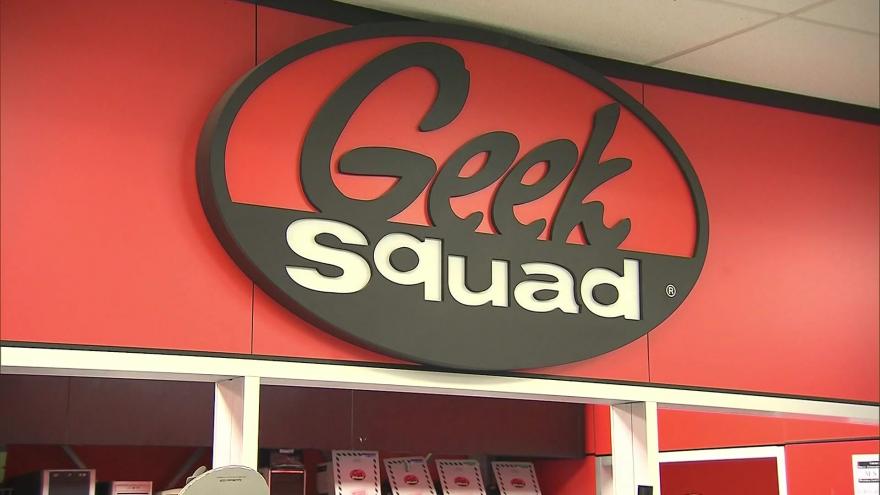 (CBS NEWS) -- A child pornography case involving a California doctor has revealed that Best Buy's Geek Squad technicians allegedly worked with the FBI to uncover data on customer's computers for years, CBS Pittsburgh reports. A non-profit organization claims that the nature of the FBI's relationship with the technicians may have violated the U.S. Constitution.

The Electronic Frontier Foundation (EFF) filed a Freedom of Information Act (FOIA) lawsuit last year after it learned that the FBI allegedly paid Geek Squad employees to pass along information about illegal materials on devices sent in by customers for repairs.

EFF says their FOIA request revealed that Best Buy has been working with the FBI for at least 10 years. An FBI memo acquired in the lawsuit shows that Best Buy hosted a meeting and tour of their Kentucky repair facility for the FBI's Cyber Working Group in 2008. The memo and related email also claim that agents "maintained close liaison with the Geek Squad's management in an effort to glean case initiations and to support the division's Computer Intrusion and Cyber Crime programs."

Other court records uncovered in the FOIA search found that Geek Squad technicians were paid between $500 and $1,000 to actively search a client's computer.

The reports have raised concerns that the FBI is using the Geek Squad to bypass the Fourth Amendment, which prohibits unreasonable searches and seizures.

Best Buy spokesperson Jeff Shelman denied the claims in 2017. Shelman said their technicians don't do "anything other than what is necessary to solve the customer's problem," according to The Washington Post. Shelman added that if illegal material is found during those repairs, Geek Squad employees are obligated to contact law enforcement.

In a statement provided to CBS News' partner site ZDNet, Best Buy confirmed that three of four managers who received payments from the FBI are no longer at the company. The statement reads in full:

"As we said more than a year ago, our Geek Squad repair employees discover what appears to be child pornography on customers' computers nearly 100 times a year. Our employees do not search for this material; they inadvertently discover it when attempting to confirm we have recovered lost customer data.

We have a moral and, in more than 20 states, a legal obligation to report these findings to law enforcement. We share this policy with our customers in writing before we begin any repair.

As a company, we have not sought or received training from law enforcement in how to search for child pornography. Our policies prohibit employees from doing anything other than what is necessary to solve the customer's problem. In the wake of these allegations, we have redoubled our efforts to train employees on what to do -- and not do -- in these circumstances.

We have learned that four employees may have received payment after turning over alleged child pornography to the FBI. Any decision to accept payment was in very poor judgement and inconsistent with our training and policies. Three of these employees are no longer with the company and the fourth has been reprimanded and reassigned."