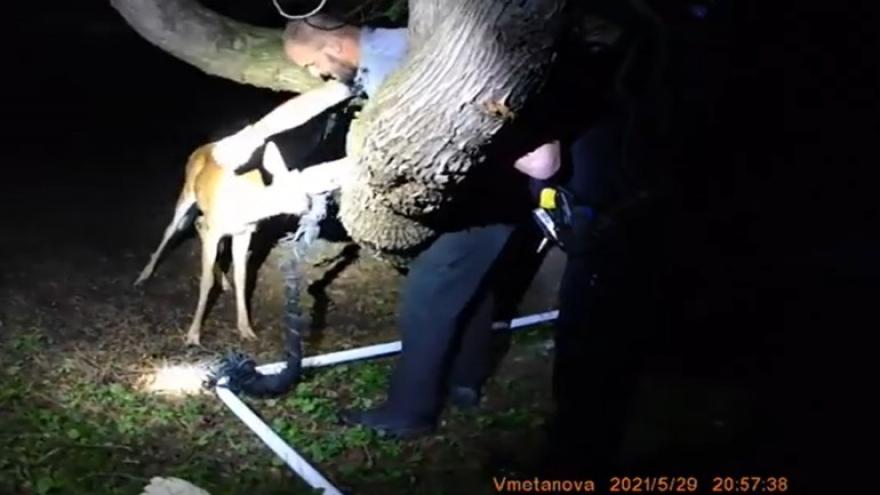 BAYSIDE, Wis. (CBS 58) --- The Village of Bayside Police Department is giving a special thanks to the Wisconsin Department of Natural Resources after a young buck was found tangled in a soccer net.

Police say a lieutenant and officer from the department initially observed a soccer net tangled around the deer's nose. They say the young buck was in distress, and the net was impeding its ability to breathe as it thrashed around.

Officials say they needed some reinforcement from the white-tailed deer specialists, and that is when Conservation Warden Steve Swiertz swooped in.

"Using brute force and surgeon-like cutting techniques, he was able to safely cut the soccer net and free the deer," the Village of Bayside Police Department posted on Facebook. "Officer Metanova then juked out the young buck as it charged in her direction and scampered off into the woods."

You can click here to watch the body cam footage for a happy ending.