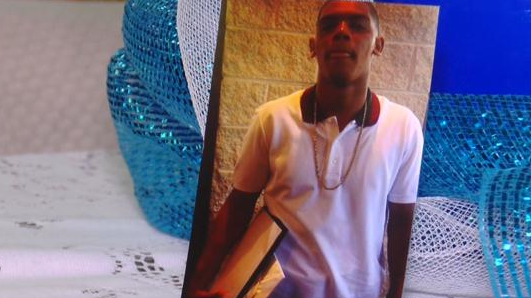 It's been nearly a year since a Milwaukee man was shot outside the home of a very good friend of his. His killer, is still on the run.

Micheal Prescott would have turned 22 yesterday, and his family wants to help stop the violence through a basketball tournament for peace.

"The bible tells us that love covers a multitude of sins. So we really want to just engulf the Milwaukee community with love and bring back the love and joy that once was here," says Prescott's mother Pastor Rosslind Prescott-McClinton.

Milwaukee authorities say their suspect -- Dwayne Chaney -- is still on the run. Court records show an arrest warrant was filed for chaney last November. As police hunt for him, family members still hope for peace and healing

"I'm hopeful that people will give some information about this guy. And about violence that goes on. The more we can get people to give information it helps with leading and capturing people who do violence crimes," says Michael's sister DeDe Madison.

While the event was filled with fun and games, the family also wants to spread love and forgiveness. They also hope the suspect, turns himself in.

"If I could say anything to Dwayne Chaney, it would simply be, we forgive you. As a family, we are a forgiving family." says Myshell Prescott.