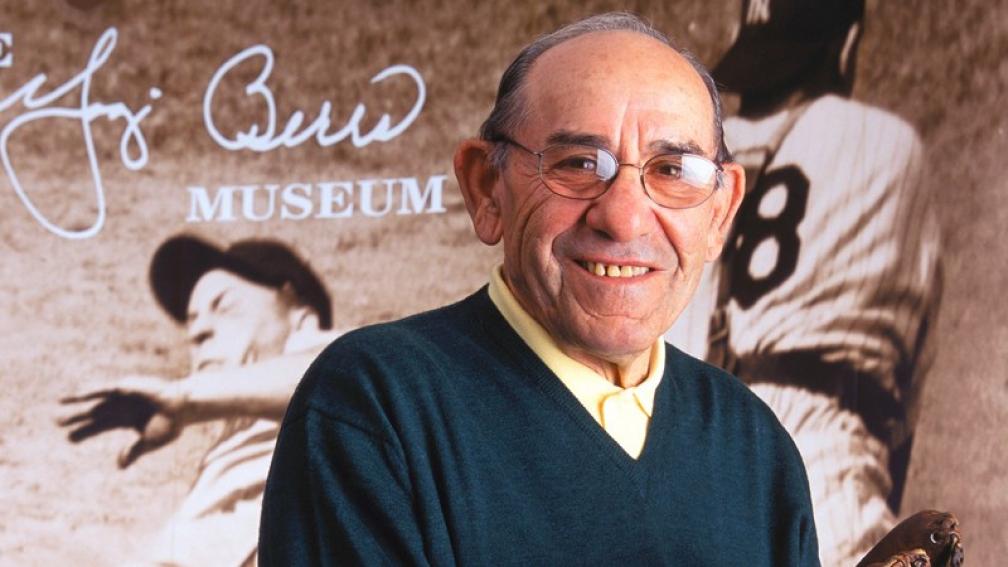 Yogi Berra, the baseball legend who crouched behind home plate for the New York Yankees over the span of almost two decades, died Tuesday at the age of 90.

The Yogi Berra Museum in New York confirmed his death in a tweet.

"Yogi conducted his life with unwavering integrity, humility and a contagious good humor that elevated him from baseball legend to beloved national icon," the Yogi Berra Museum and Learning Center said in a statement. "For all his accolades and honors as a player, coach and mentor, he remained completely true to himself - a rare example of authentic character excellence and a lasting role model for his peers, his public, and the thousands of children who visit the YBMLC each year to take part in programs inspired by his values."

His family said in a statement released by the museum that, while they were mourning, "our father, grandfather and great-grandfather, we know he is at peace with Mom. We celebrate his remarkable life, and are thankful he meant so much to so many. He will truly be missed."

In a sad but poignant note, the museum tweeted earlier Tuesday to mark the anniversary of the day in 1946 when Berra made his MLB debut for the Yankees, and hit his first home run for the team.

As CBS News correspondent Vinita Nair reports, Berra had a way with words like few of his contemporaries.

He coined the trademark phrase, "it's not over till it's over" -- probably the most familiar of what have become known collectively as Yogi-isms... and they've been copied by millions, even presidents.

He was known as a ferocious batter who would swing at and hit almost any pitch. He won the Most Valuable Player award three times and was a 15-time all-star.

Unlike most star players, Berra became even more popular after his playing career, using his arsenal of Yogi-isms to help sell products and make money.

Millions knew who Berra as a rare combination of world class athlete and loveable personality, who just happened to leave an enduring mark on the English language.