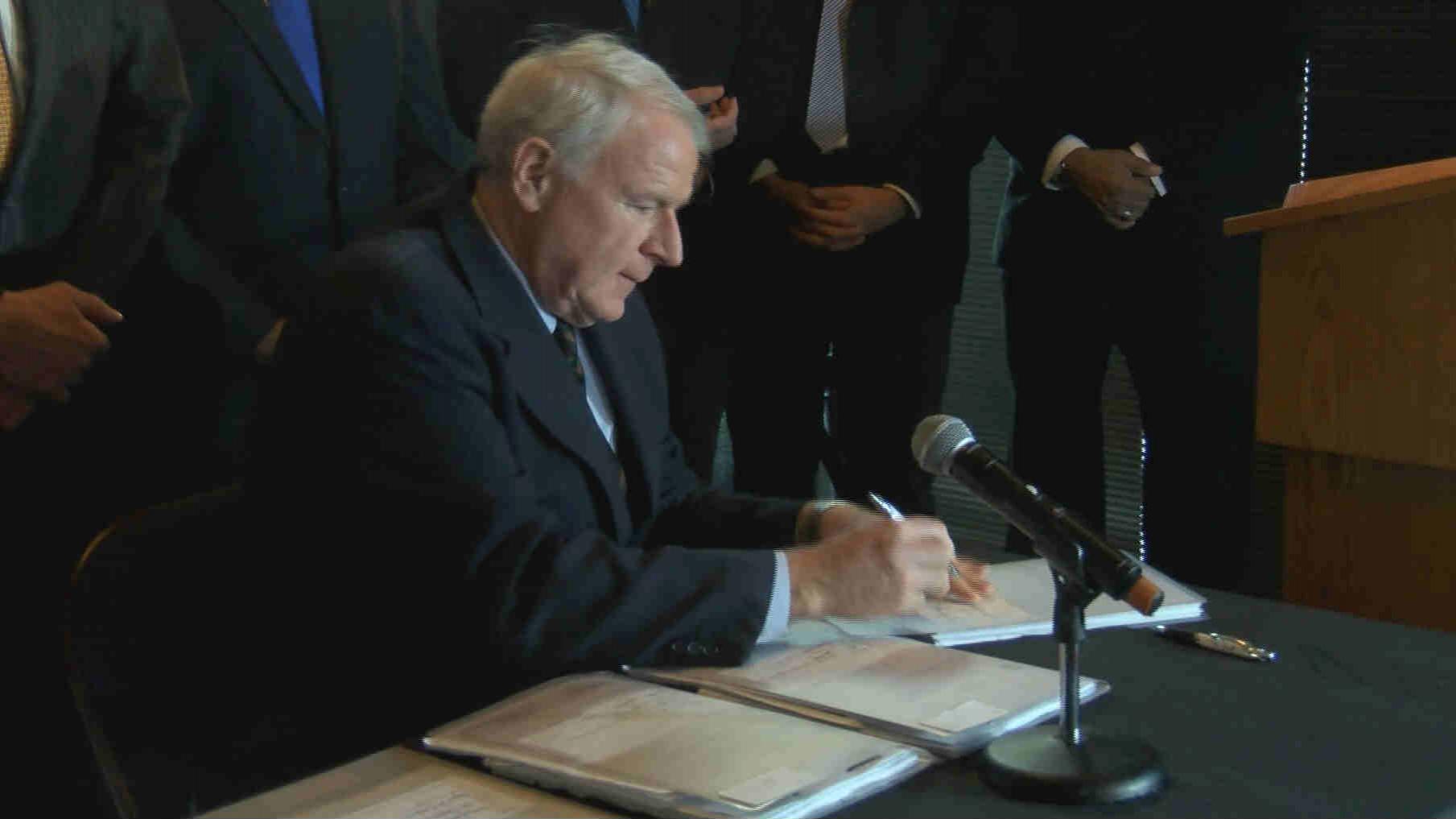 With a few flicks of his pen, Mayor Tom Barrett put away years of personal frustration.

\"This is about jobs, it's about creating hope, this is about the future,\" Barrett said at a signing ceremony held inside the Pabst Theater bar Tuesday afternoon.

The mayor signed the common council's hotly-debated streetcar proposal into law just a few hours after city leaders approved the $124 million project on a 9-6 vote. About $55 million will come from federal grant money.

\"The federal government was not going to invest in this project unless they were certain it was going to happen,\" Barrett said of the streetcar proposal.  \"Today, we took a monumental step forward.\"

The approval clears the way for construction to start on the 2.5-mile rail line through downtown. The mayor says Federal Transit Administration workers will come to Milwaukee next week to start the process.

\"I am elated that finally we've made a commitment to start somewhere,\" District Four Alderman Bob Bauman said after the vote.

Bauman would like to see the streetcar line expand, with initial extensions going toward the east side, Bronzeville to the north, Marquette University to the west and to the south side.

\"Once the initial line is approved, the succeeding extensions seem to move very quickly and public opposition seems to diminish significantly,\" Bauman said of similar projects in other cities.

But opponents say streetcar extensions could eventually cost upwards of one billion dollars. Alderman Bob Donovan plans to keep collecting the 32,000 signatures he needs to try and force a referendum vote.

\"This issue isn't over at this point,\" Donovan said.  \"We're still planning on utilizing the full 60 days that state law allows for this petition drive.\"

Citizens for Responsible Government is helping to organize the signature drive.  Spokesman Chris Kliesmet says they're about halfway to their goal with a little under a month left until a March 5th deadline.

\"CRG cannot do it,\" Kliesmet said.  \"This has to be done by the citizens of Milwaukee.  If they have the motivation to do it, this will get done.\"

Mayor Barrett says he's focused instead on the future and the streetcar's next steps: buying streetcars and sorting out utilities.  Construction could start later this year and may be complete by the end of 2017.