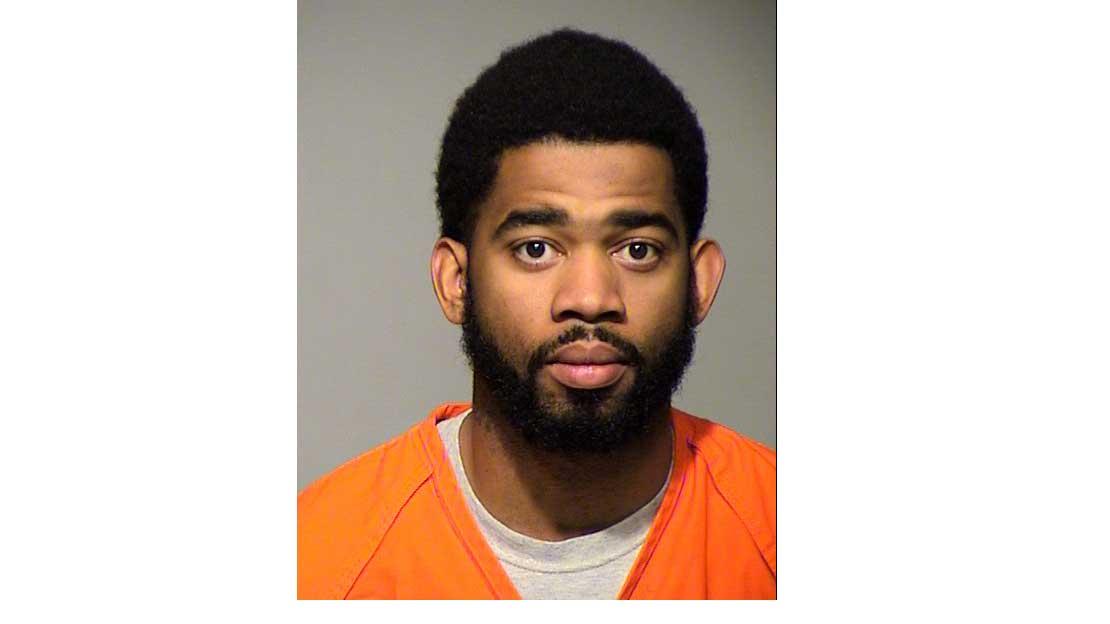 Bail was set on Thursday afternoon for $100,000 for Dominique Heaggan-Brown.

Milwaukee Police Officer Dominique Heaggan-Brown was arrested on October 19, after criminal charges were filed against him earlier in the day.

On August 15, a victim reported to Milwaukee Police he had been sexually assaulted by Heaggan-Brown while off-duty. This investigation, conducted by MPD's Internal Affairs Division and Sensitive Crimes Division, resulted in the October 19 criminal complaint filed by the Milwaukee County District Attorney's Office. MPD's investigation revealed additional allegations, resulting in added charges, according to police.

Due to the nature and sensitivity of this investigation, details of the allegations against Officer Heaggan-Brown will be limited to those contained within the criminal complaint. Updates on the status of the internal investigation will be released as they become available.

According to the criminal complaint, Heaggan-Brown took the victim to Saint Joseph’s Hospital on August 15 at 4:20 AM.

He told a security officer the victim had too much to drink.

The security officer recognized the defendant as a Milwaukee Police Officer.

According to the complaint, the victim met the defendant through Facebook.

He was looking for another musician to help and the defendant was a rapper.

They met at a bar.

According to the complaint, the defendant and the victim watched television coverage of the protests in the Sherman Park.

The defendant bragged about being able to do whatever the defendant wanted without repercussions.

The victim said he struggled to breathe and cried as Heaggan-Brown raped him.

Heaggan-Brown allegedly undressed the victim and repeatedly told him to get on the bed.

The victim said no.

On the defendant’s phone was allegedly a video of sexual act.

In addition on the cell phone, there was evidence the defendant attempted to pay money in exchange for sex with a person identified as second victim.

According to the complaint, the police identified another man in December of 2015. The man had text messages with the defendant discussing paying for sex. The man said he was propositioned 8 to 9 times but never had sex.

Another man said he met the defendant in July of 2016, they both attended a party. Allegedly the defendant became “touchy.” The man recalled drinking a lot and not feeling normal. Then in August the defendant sent a text message requesting nude photos. The man went to Heaggan-Brown’s home and had sex in exchange for money. In total he paid for sex allegedly three to four times.

Another man said he went out to a strip club on July 30 with the defendant. He was intoxicated and recalled waking up the next morning in the defendant’s residence.  After he left the defendant’s house, he received a text that nothing had happened. The defendant told the man he was throwing up and removed his clothes because of that.

The police showed the man a photo from the defendant’s phone naked with a man and having sexual contact. The man said he did not give consent to that.