Back from the Brink: Audree's Story 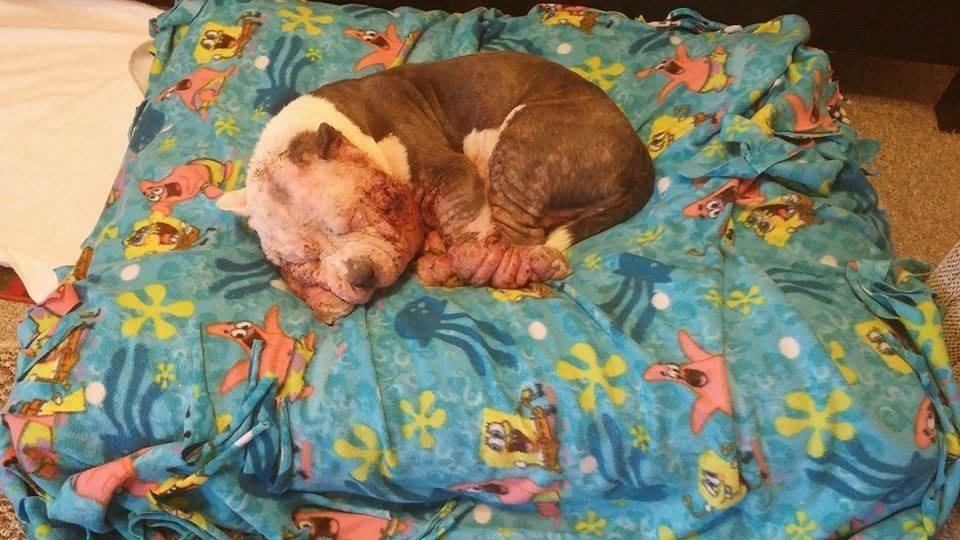 It was the worst case of mange that Milwaukee Animal Control workers had ever seen.

In fact, the parasitic skin disease was so bad we can't show you all the photos until Monday night when we know sensitive viewers can plan to turn away.

"She was pretty much on death's door," recalled her foster mother Jessie Neassen. "The vet didn't know if she was going to make it. There were some nights when I would lay by her and listen to her and make sure she was still breathing."

Graphic show the infection that some mistook for burns.

Her foster mother named her Audrey after actress Audrey Hepburn in hopes of a Hollywood ending.

Like so many of the abused or neglected animals that wind up abandoned or dumped in Milwaukee the person who let Audree get like this has never been located or held responsible.

The non profit group Canine Cupids saw to it that this dog would get a chance to find a new family.

"We don't know how she was alive," says Clodagh McGuinness a member of Canine Cupids. "I've never seen a dog in that condition. We don't know her past. We think she was bred even in the condition she was in. So it doesn't make sense how she survived. But through the love and care she's enjoying life now."

Some may scoff the notion of attaching a personality to a dog. But Audree seems to possess a human like will to live. And despite what she's endured, refused to lose the joy of life.

"These dogs have such a forgiving nature," added Neassen. "Once they're shown that care and love they need, they just blossom."

Through privately raised money, Canine Cupids is relentless in taking on the most difficult cases to provide the most miraculous recoveries.

"We never give up on the animal ever," insists McGuinness. "We just keep on working medically, training, to ensure that they are adoptable. That can take a year, two years. We're in it for the dog's sake to make sure they get a home."

Canine Cupids is holding an Irish themed fundraiser Saturday, March 5th at O'Brien's near 49th and Juliet in Milwaukee.

There is no cover.

You're asked to give freely at the raffle and silent auction.

100% of proceeds will go to other dogs like Audree and the human volunteers who will never give up on them.