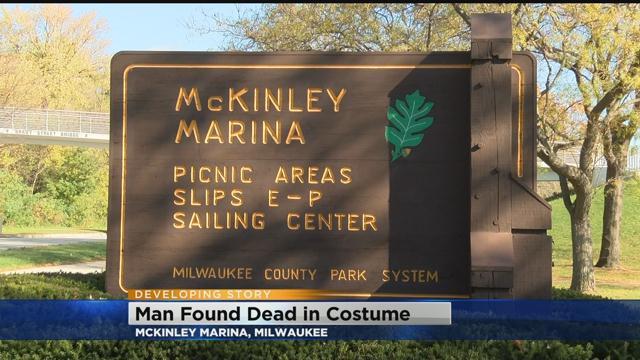 A 24 year-old man died after being pulled from the lake at McKinley Marina around 2:30 AM on Halloween night, according the Milwaukee County Medical Examiner's Office.

Kevin Lackey fell into the water and screamed he did not know how to swim, according to witnesses to the Medical Examiner.

Two men that had been fishing tried to assist him, but Lackey was in an area where everything was locked.

One of the witnesses was able to get in through an opening in a fence and ran to the service dock where  Lackey was. He tried to throw him a buoy. He then found a ladder and tried to throw it to Lackey, but Lackey let go and never resurfaced.

He was found by the Milwaukee Fire Department at the bottom of the water in the same spot.

The water was between 45 and 50 degrees.

Lackey's aunt called Milwaukee Police after she had heard a body was found in the water. She said he had been dressed in a superhero costume. She said it was unusual that he had not returned home because he was an avid packers fan and would not have missed the game.

The Milwaukee Fire Department confirmed they were called to McKinley Marina around 2:30 AM for a report of a body in the water.

Rescue crews arrived right away, found the man, pulled him out and tried to revive him but were unsuccessful.