August ends as the 43rd warmest on record; temperatures cool through September 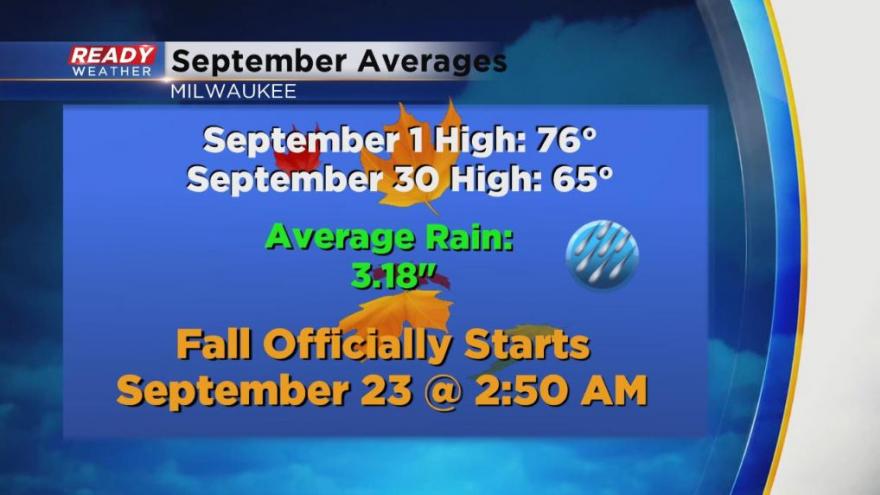 August ended on a cooler note compared to the rest of the month and in the end it went down in the record books only 0.8° above-average as the 43rd warmest August on average. We did hit 90° once on August 5th and the coldest temperature came on the last day of the month when the low hit 53° Saturday morning. 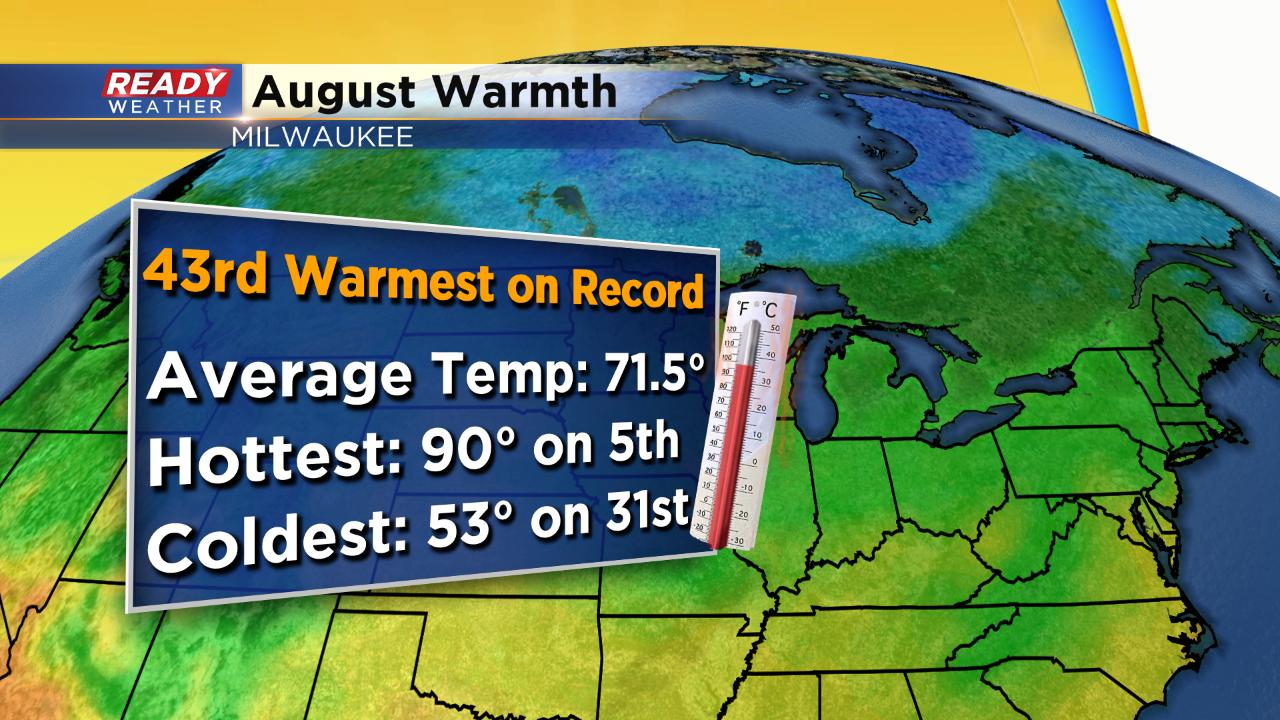 Despite some soaking rains, August ended just less than a half inch below-average on rainfall. Not bad considering August is our wettest month on average. At least we didn't have to deal with the flooding that was an issue last August. 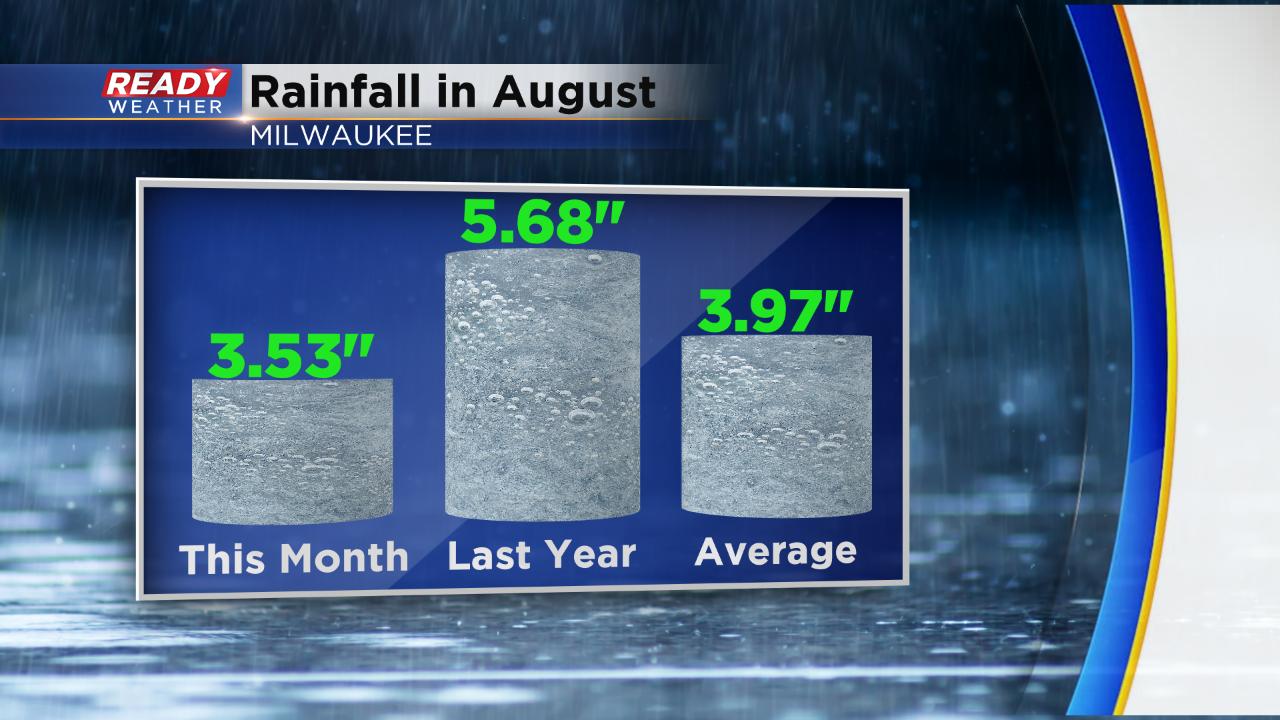 The start of September also signifies the beginning of meteorological fall and the end of meteorological summer. Summer 2019 will go down in the records books tied as the 37th warmest on record with an average temperature of 70.2° and the 43rd wettest with 11.12" of rain which is 0.42" below-average.

September is the month when it really starts to feel like fall. Average high temperatures go from the mid-70s to the mid-60s by the time the month is done. We do get some decent rain with 3.18" on average. Autumn officially starts September 23. 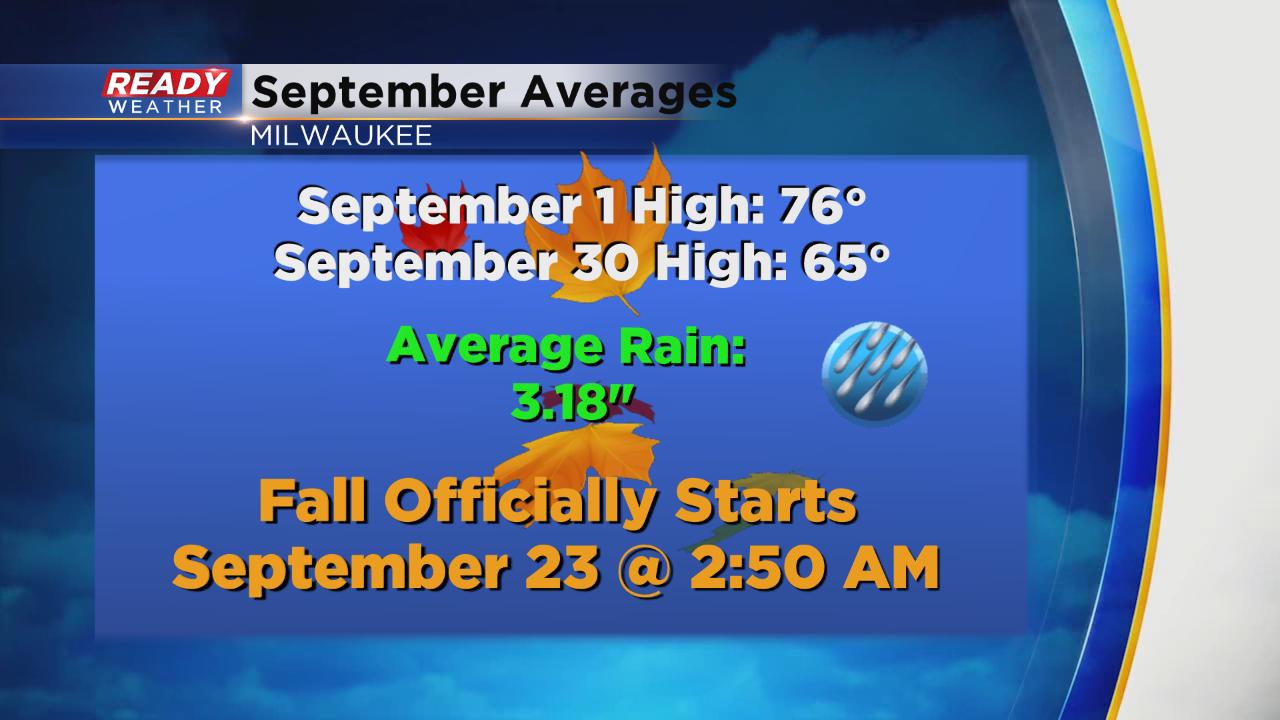 Download the CBS 58 Ready Weather app to see if temps look above or below-average for the next 10 days.