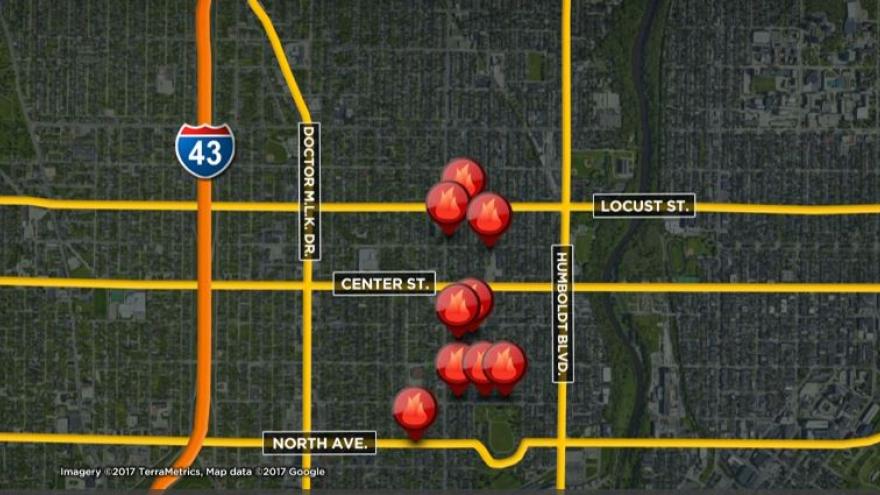 UPDATE: Milwaukee Police say they are investigating at least a dozen trash fires from 4-6 AM. No injuries were reported.

Police believe all of the fires are connected and they are looking for suspects.

There is no connection to a rash of trash fires that happened on the south side a few weeks ago.

Between 4:21 and 5:57 AM Wednesday morning there were reports of at least nine trash fires in Milwaukee.