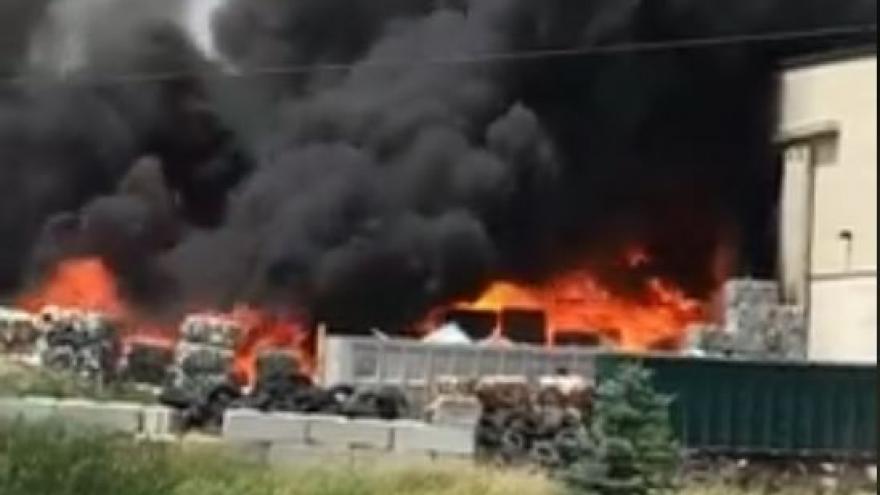 RACINE COUNTY, Wis. (CBS 58) -- At least 35 different fire departments and agencies responded to a fire at a recycling plant in Racine County.

Wind Lake Volunteer Fire Department were the first to respond after the blaze at John's Disposal.

Authorities say they do not know the source of the fire, but it started in the yard and then spread to a building. Officials believe the fire will burn for several days before it is completely out as it smolders hundreds of thousands of pounds of bailed trash.