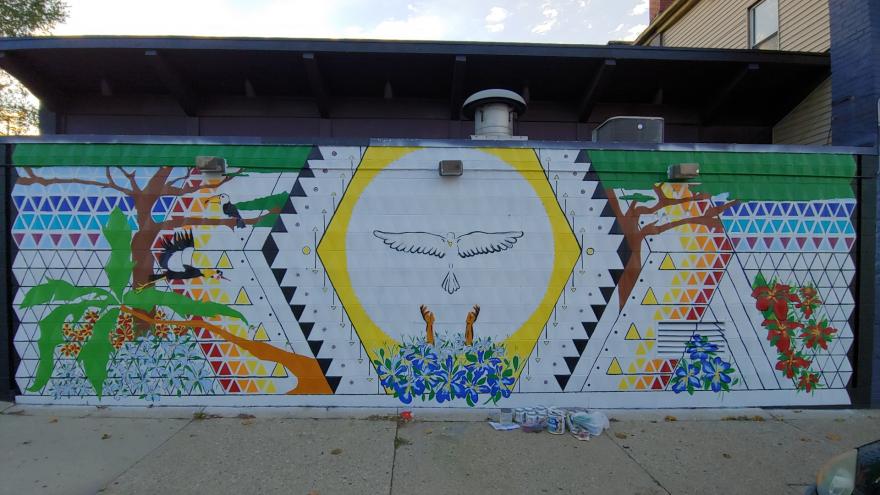 MILWAUKEE (CBS 58) -- A new mural honors four victims of police violence in Milwaukee County, and the loved ones they leave behind.

Ruiz-Santos says she designed the mural to depict a message of peace, unity and pride.

"I believe it's a responsibility to artists to use our gift of creativity to heal the world through art," she said.

Ruiz-Santos says Love's Lounge, a local Black and Brown-owned business, offered their exterior wall as the site for the new mural.

She says she started creating the mural on Oct. 18, after holding two fundraisers for materials.

Gonzales, Anderson, and Cole were shot and killed by Wauwatosa Police Officer Joseph Mensah, who was not charged in any of their deaths.

Acevedo was killed in April by former Milwaukee officer Michael Mattioli, who has since resigned from the department and faces a first-degree reckless homicide charge.