MILWAUKEE (CBS 58) -- A crowd of supporters waited for hours Wednesday, only to hear the news they feared most.

The decision not to charge Officer Mensah sent shock waves through the crowd and angered the Cole family.

"Had Officer Mensah been terminated four years ago when he shot and killed Jay Anderson, then Alvin Cole would be here today," added Kimberley Motley, Cole family attorney.

The family was told that despite what Officer Mensah said, Alvin Cole did not shoot at officers that night.

But in light of that, the family was left with one important unanswered question.

"Why? Why aren't you charging him with some level of homicide? It is the question we all deserve to know."

It was a setback for the Cole family, but they say it isn't over.

"We have to make sure that Joseph is fired, immediately."

A lawyer for the family did say that pursuing federal charges is a possibility, but they didn't share what their immediate plans are moving forward.

The decision came down Wednesday, Oct. 7.

“In this case, there is sufficient evidence that Officer Mensah had an actual subjective belief that deadly force was necessary and that belief was objectively reasonable. I do not believe that the State could disprove self-defense or defense of others in this case and therefore could not meet the burden required to charge Officer Mensah. With this I conclude my criminal review of the matter.”

Mensah, now suspended from the department, shot and killed 17-year-old Cole on Feb. 2.

Two earlier fatal shootings involving Mensah were ruled justified. Former U.S. Attorney Steven Biskupic looked into the most recent shooting at the request of the Wauwatosa Police and Fire Commission.

Read the entire review from the DA's Office here:

WAUWATOSA. Wis. (CBS 58) -- The family of Alvin Cole is inside the Milwaukee County Public Safety Building to learn the decision whether to charge suspended Wauwatosa Police Officer Joseph Mensah with his death.

A crowd has gathered outside the building awaiting the news.

Alvin Cole’s family entering courthouse to hear whether #Mensah will be charged in his death. @CBS58pic.twitter.com/PhYVVbsPHJ

#AlvinCole’s family and attorney are now inside the PSB with authorities.

The crowd continues to chant as we all wait.@CBS58#Milwaukeepic.twitter.com/2e57FnLXKd

WAUWATOSA, Wis. (AP/CBS 58) — Wisconsin's Governor Tony Evers has called in the National Guard ahead of an expected announcement about whether a police officer would face charges in the fatal shooting of a teenager in February.

The Milwaukee County district attorney is expected to announce later Wednesday whether Wauwatosa police Officer Joseph Mensah will be charged in the February shooting death of 17-year-old Alvin Cole outside of a mall. Local officials have closed City Hall ahead of possible protests.

Gov. Evers said in a news release Wednesday that he activated the National Guard to help police protect the public and infrastructure in the Milwaukee suburb of Wauwatosa. He didn't say how many troops were being sent to the city, citing security reasons.

WAUWATOSA, Wis. (CBS 58) -- All eyes are on Wauwatosa as we wait to find out if a suspended police officer will face charges in the deadly shooting of a teenager.

The Milwaukee County District Attorney is expected to announce a decision some time Wednesday, Oct. 7, in the case of Wauwatosa Police Officer Joseph Mensah. 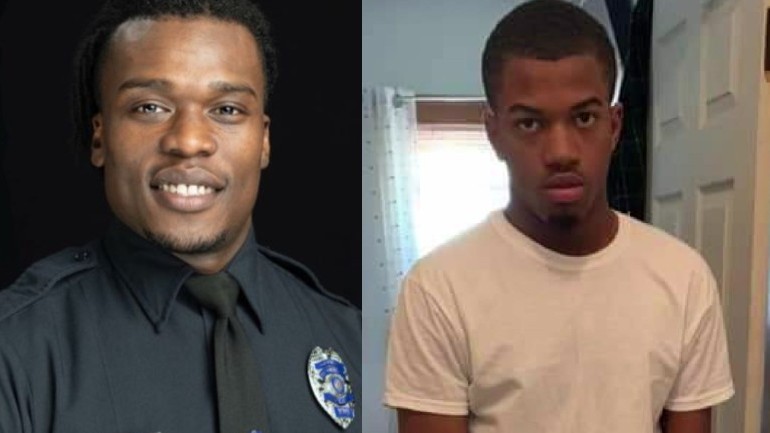 The death of 17-year-old Alvin Cole was the third deadly shooting involving Officer Mensah in the last five years. The other two shootings were ruled justified.

CBS 58 spoke with the Cole family attorney, who said they're remaining optimistic about the decision.

"Just thank everybody for supporting the family. We will continue to fight. Like I said, this fight is far from being over. We strongly believe that officer joseph Mensah was not justified in shooting Alvin Cole and we hope that DA Chisolm will charge him for doing that," said Kimberley Motley, Cole family attorney.

As we await that decision, the city is preparing for what could be a difficult day. Many businesses boarded up as the town braces for potential backlash.

Wauwatosa Mayor Dennis McBride says people have the right to peacefully protest any decision. He's been working with the police and fire departments, and even Gov. Tony Evers' office for months.

This fence went up overnight at @WauwatosaPD ahead of the announcement determining whether or not Officer Joseph Mensah will face charges for the fatal shooting of a teen in Feb. Gov’t buildings closing early today, schools going all virtual. @CBS58
MORE: https://t.co/Sc8Viq60iapic.twitter.com/BrFbJYOh61

Wauwatosa City Hall is closing before the announcement, and Wauwatosa School District switched to virtual learning for the rest of the week. The adjustments are unsettling for some residents.

"That makes me think they’re anticipating a rough couple of days, four or five days, so that’s what worries me," said one Wauwatosa resident. "We have the right to do that, but please be peaceful about it."

Mayor McBride said he's seen the evidence from the case but doesn't know the DA's decision.