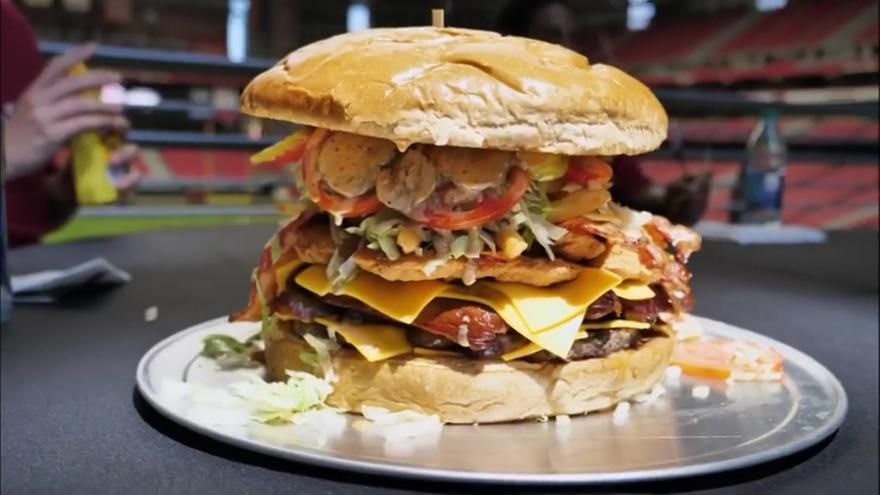 GLENDALE, Ariz. (AP/CBS 58) -- Arizona Cardinals fans will have to have a big appetite this season.

University of Phoenix Stadium created a seven-pound "Gridiron Burger," that has five burger patties, hot dogs, and bratwursts. The pile of meat is then topped with 20 slices of cheese, eight slices of bacon, fries, lettuce, and pickles. The burger will set fans back $75.

If any football fan can finish the monster burger in under an hour they'll get a Cardinals jersey and their photo on the scoreboard. The stadium also has a more manageable version called the "Gridzilla Burger" for $22.

The Packers do play the Cardinals in December, but the game is at Lambeau.