Ariz. Teen Accused in Twitter Prank That Led to Flood of 911 Autodials 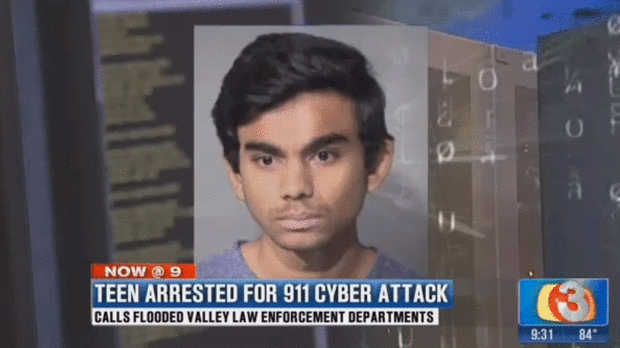 (CBSNews) PHOENIX - A man accused of creating a cyberattack that nearly crashed 911 systems in the Phoenix area has been arrested.

It was unclear Thursday if Desai has an attorney yet.

Maricopa County Sheriff’s officials say detectives traced the calls to Twitter account with more than 12,000 followers. Authorities say the account posted a link that, when clicked on, caused the devices to call 911 over and over and not allow the user to hang up. MCSO says they traced the account to a webpage hosted out of California and connected to Desai, who told authorities the calls were an accident and it was a prank gone awry.

According to MCSO, Desai told detectives that he was tinkering with Apple’s programs so the company might pay for information about bugs and viruses and give him credit for the discovery. Desai allegedly said he “had no intention of pushing [the bug] out to the public because he knew it was illegal and people would ‘freak out.’”

MCSO also alleges that Desai said he might have accidentally released the bug through Twitter when he meant to release a “lesser annoying bug that only caused pop-ups and dialing to make people’s devices freeze up and reboot.”