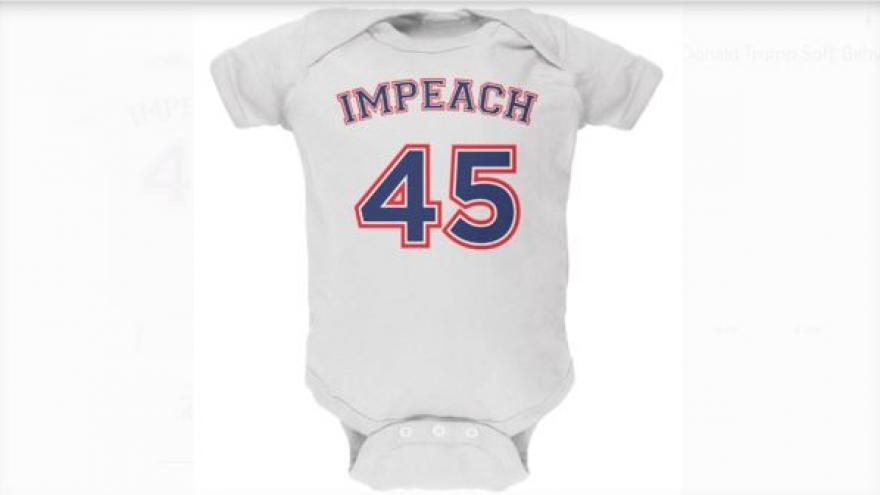 Various items that echo the same anti-Trump sentiment are also available on Walmart's website, including other T-shirts, bumper stickers and coffee mugs made by several companies.

.@walmart why are you selling Impeach 45 baby clothes on your website?????

What kind of message are you trying to send? https://t.co/PwI4nCVAZx

Fournier tweeted at Walmart about the items, writing: "Why are you selling Impeach 45 baby clothes on your website????? What kind of message are you trying to send?"

His post has been retweeted more than 6,000 times, and other people took to Twitter to express their distaste for the shirts.

Some used a "boycott Walmart" hashtag, sparking a campaign to ditch the retail giant. The anti-Walmart campaign has grown among some users, but many others have come to Walmart's defense.

One person pointed out that the company also sells clothing made by various vendors for people who oppose Mr. Trump's opponent in the 2016 presidential election, former Secretary of State Hillary Clinton, and former President Obama. Pro-Trump apparel is also available on the Walmart website.

As of Tuesday morning, the red, white and blue "Impeach 45" shirts were still available on Walmart's online store. It was unclear if they are available in stores. Walmart did not immediately respond to CBS News' request for comment.