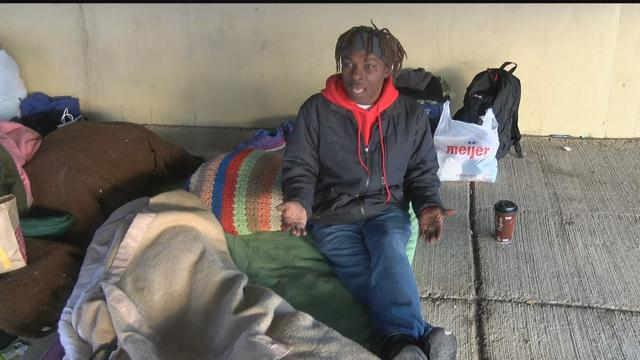 A Milwaukee woman was charged with killing her half-brother, Anthony Sanders, on December 10.

According to the criminal complaint, Boyd told police her and Tony were drinking vodka the night of his death.

Her and Tony argued and he yelled at her to leave the apartment.

He grabbed her wrist, and she allegedly told police she remembered hitting Tony in the left side of the head with a vodka bottle.

According to the criminal complaint, Aquino allegedly told police she didn’t intend to kill him.

She then ran to the neighbor and told them to call 911 because Tony was not breathing.

It was hosted by folks who adopted a homeless person and secured a hotel stay for them over the holiday.

Anthony was the life of the party with Reindeer ears and a bright green shirt.

He was never one to feel sorry for himself.

He wanted to make sure everybody was having a good time.

The following month, CBS 58 cameras were rolling when Anthony was evicted from his makeshift living quarters under a bridge in downtown Milwaukee.

Even then Anthony thought of others, saying he just hoped others would not face his same fate.

He did have his demons. Those who worked to help him say he would have his ups and downs but the 44 year old was always filled with hope.