Another round of 'plowable' snow on the way for Tuesday

NOW: Another round of ’plowable’ snow on the way for Tuesday

Temperatures Sunday morning were by far the coldest of the season with lows below-zero for some spots. The low of 5° in Milwaukee is the coldest since February 8 of last year - 346 days ago. 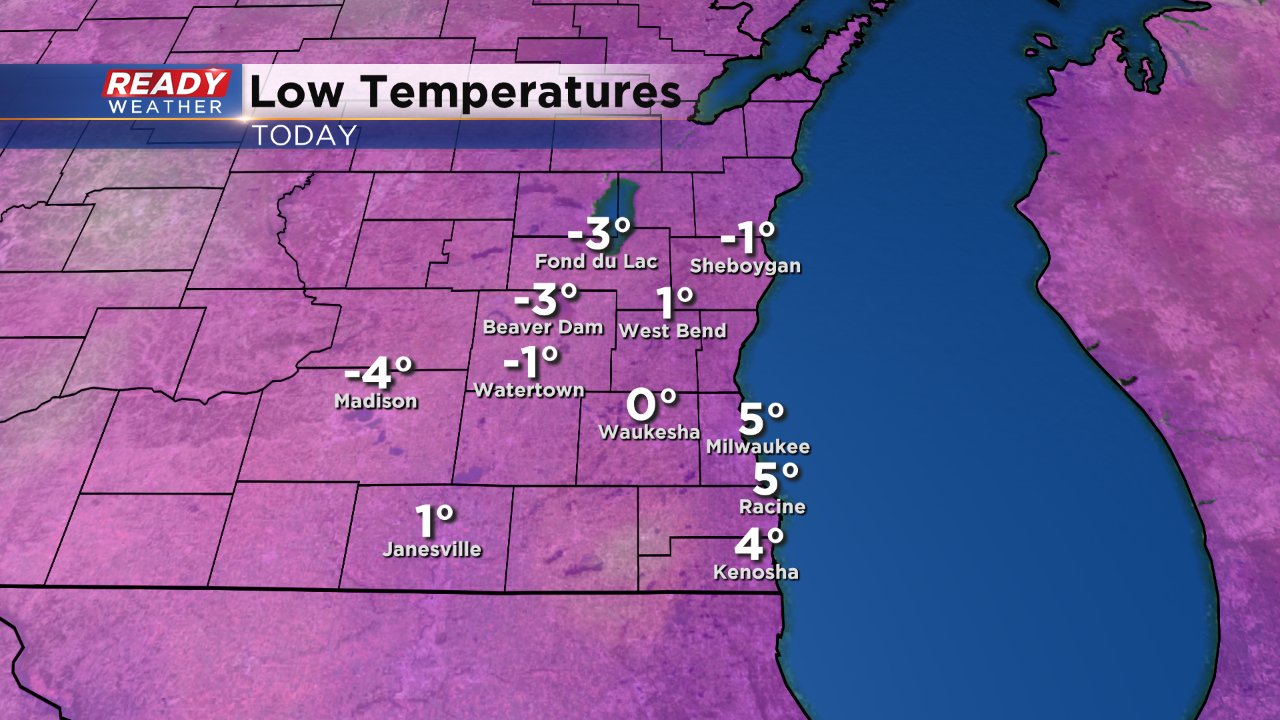 The chill stays with us into Monday with slightly above-average temps briefly returning Tuesday along with our next chance for snow. Snow is expected to start after noon on Tuesday and intensify in the evening hours. The evening commute on Tuesday could be significantly impacted by the snow which will linger into Wednesday morning. 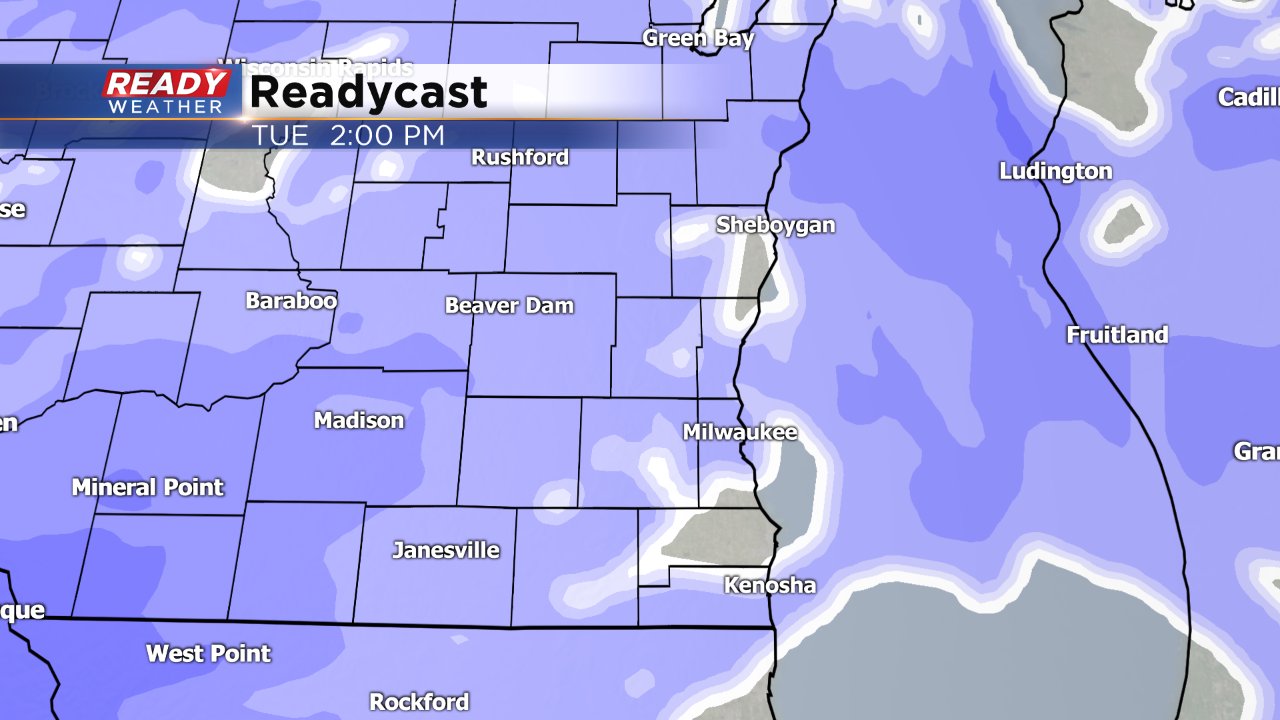 Weather models are consistent that we see snow, but there are some differences with the storm track which has a direct impact on the type of precipitation. Because of those inconsistencies the confidence with snowfall amounts is low. 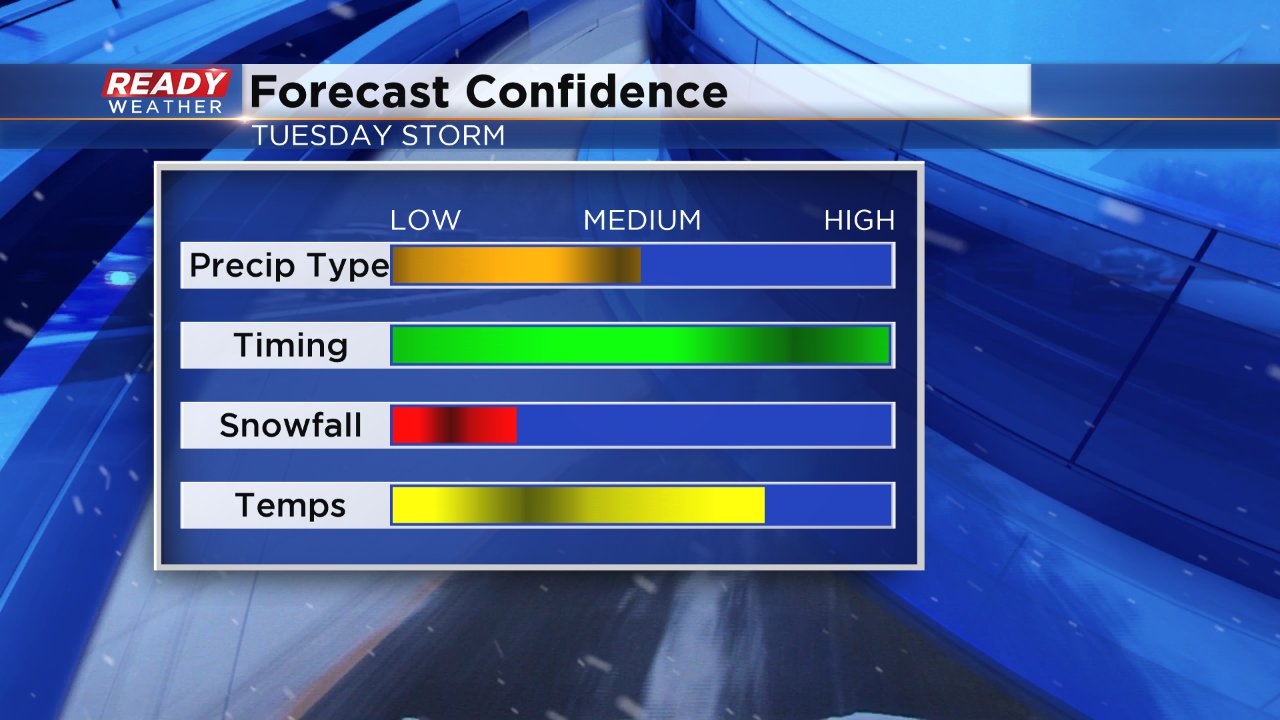 Even with low confidence on snow amounts, the axis of heaviest snow looks to set up either right over the heart of southeast Wisconsin or into northern areas. The biggest question mark remains for southern counties where rain could eat into snow totals. 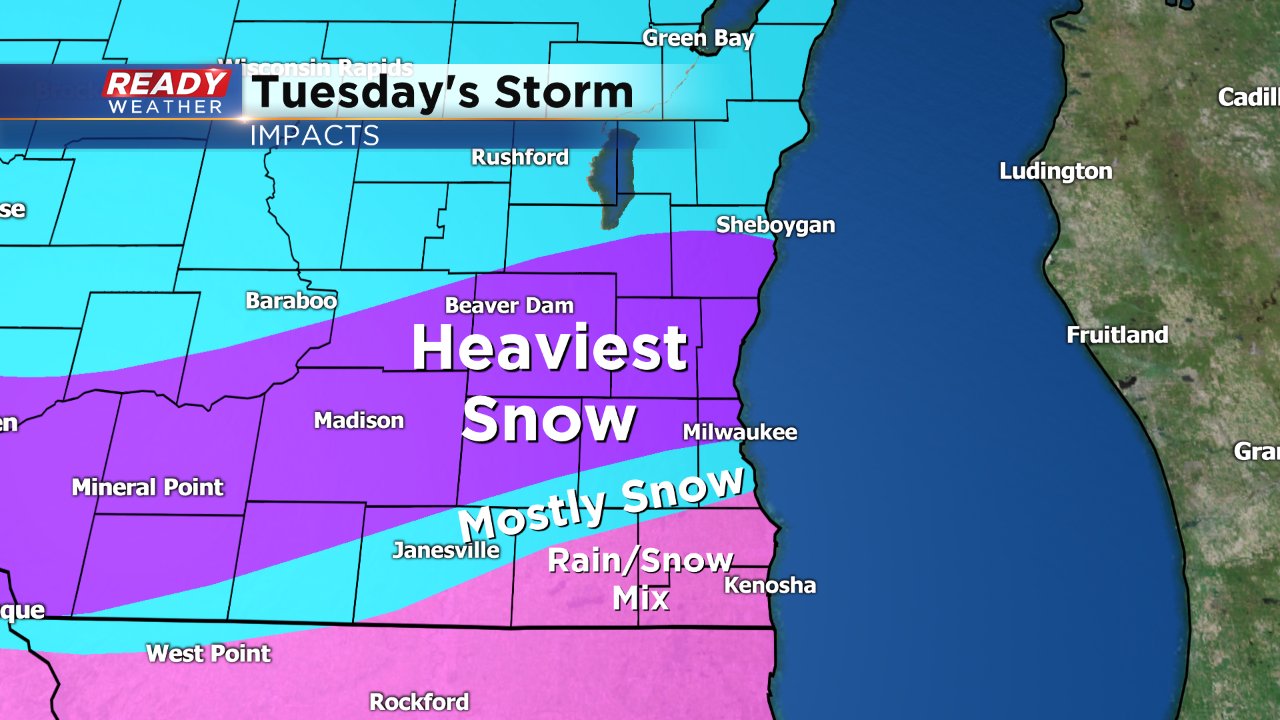 Changes are expected but an early look has about 3-7" of snow for many areas especially north of I-94. Rain will lower totals for some southern spots. 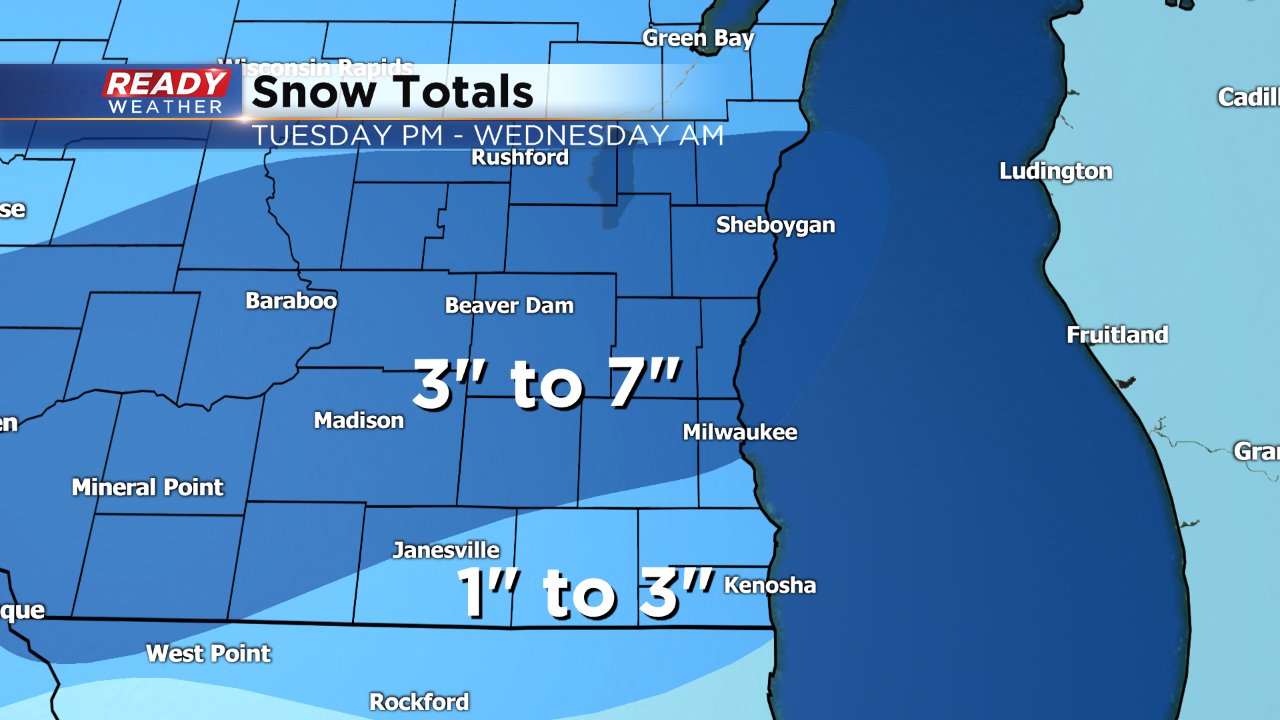 Download the CBS 58 Ready Weather app to track the latest changes in the forecast.