And they’re off! Black Friday shoppers head to the stores for deals 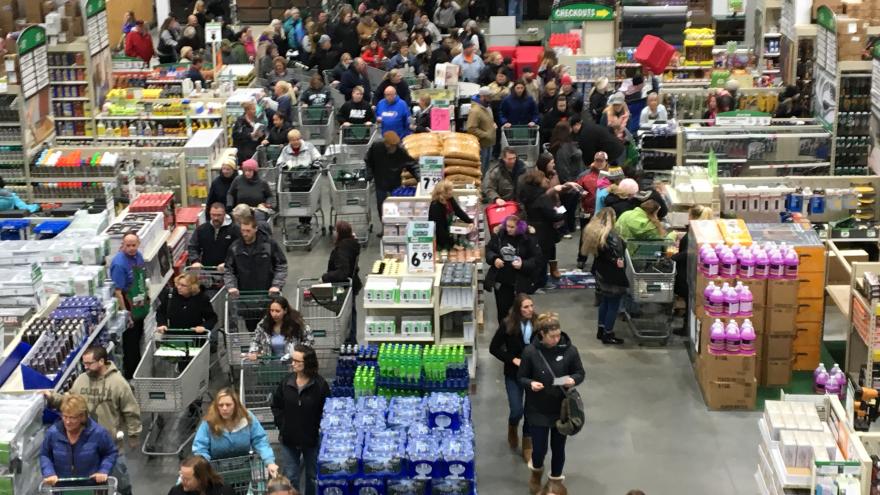 WAUKESHA (CBS 58) – Lots of people decided to walk off their Thanksgiving dinners by doing a little shopping this Black Friday.

While some folks are hoping to find that great deal, others say it’s simply an annual family tradition.

“We just make our list, go through it, and we go to all our stores,” says Susan Hughes who was shopping at Menards.

For Hughes and her 90 year old mother, it’s an annual tradition.

“We get batteries, we get slippers, and we get a lot of candy every year that’s why we’re so rollie pollie,” says Betty Tio.

With stores opting to observe the holiday and some even shifting their stores hours, shoppers had a chance to enjoy a meal or two and even get sleep in.

“We ended up getting out about 7:45 a.m.,” explains Sarah Steffen. “We were supposed to get out earlier but I overslept”.

This year Sarah brought along her daughter for her first Black Friday experience.

While lines seemed to move pretty quickly, shoppers say it helped having a plan.

“We actually did a lot of shopping online before we came in so we knew exactly what we wanted and they had it,” says Alfred Daniels.

Shoppers didn’t want to show our cameras their purchases because they feared their friends and family would then find out what they would be receiving this holiday season.

Overall, they say a day like today is full of tradition.

We asked shoppers if they would be going on line for any deals and we got mixed reviews. Some said yes, to save money, others said they simply prefer to buy things in person.