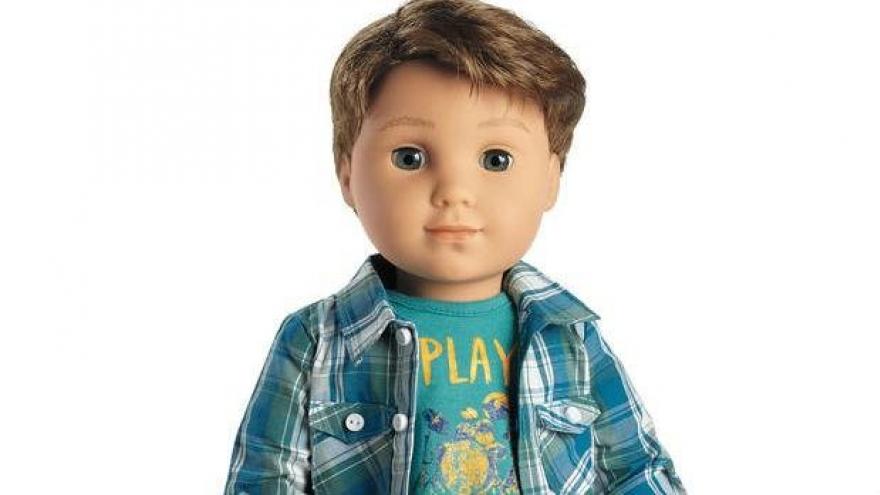 The newest doll from American Girl, that is.

The company, which is owned by Mattel, on Thursday plans to release its first-ever boy character, a doll named Logan Everett.

Everett, who wears a plaid shirt over a t-shirt and gray jeans, comes with a drum kit (he’s a musician, the company explains in a press release). He is bandmates with Tenney Grant, a blond-haired, brown-eyed doll who is “a rising star in the Nashville music scene,” the company said.

The newest doll is part of a push toward more diversity in American Girl’s lineup. “We do an enormous amount of research with girls and their parents, and the one thing we’ve heard loud and clear is a desire for more—specifically more characters and stories from today,” spokeswoman Julie Parks said in an emailed statement. In addition to Logan and Tenney, the company is also releasing Z Yang, a Korean-American character, and Nanea, a Hawaiian character, on Thursday.

The dolls will sell for American Girl’s standard retail price of $115 for a doll and a book.