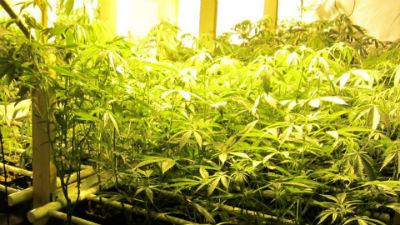 Aldermen Nik Kovac and Ashanti Hamilton are continuing their push to lessen penalties against those possessing small amounts of marijuana.

Kovac spoke to CBS 58 and said that believes the current penalties are creating two major problems.

The first is a racial disparity in Milwaukee. Kovac said that around 2,000 tickets related to marijuana were issued last year and that five-times the amount of tickets were written to African Americans.

The second issue is related to violence, Kovac said that the current laws perpetuate violence in the community.

The goal for Kovac is to reduce the penalty to the point where it's not enforced anymore, and police will no longer be writing tickets for less than an ounce of marijuana.

Alderman Joe Dudzik said he can't support the idea because he thinks it would create more access to drugs.

The Milwaukee Police Department sent a statement that said:

This legislation has already been presented to the Public Safety Committee once, but it was put off for further discussion.

It could be back in front of the committee as early as February.