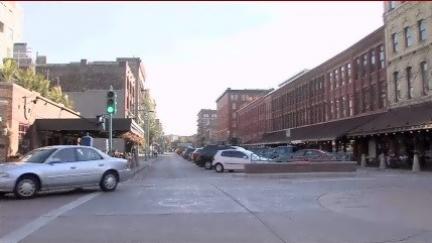 Prime parking is always a hot commodity in Milwaukee's Third Ward, especially on the weekends when parking is free, but it might be time to save that extra change.

\"I don't think it's a good idea at all,\" said Cindy Messier, a shopper in the Third Ward.

Free parking could become a thing of the past.

\"Proposing changes is enough for people to say, okay, I'm not going to mess with that anymore,\" said Eric Boos, another Third Ward patron.

Eliminating free parking is an option being considered in a proposed study from Ald. Joe Dudzik.

Dudzik believes some cars are staying, without spending money at local shops.

\"If the goal is to get a certain number of people into these shops, then you want a certain amount of turn over,\" said Dudzik.

\"The study is done to see if we have the right mix of parking,\" said Dudzik.

All the visitors CBS-58 spoke with disagree with this option.

\"Running and forgetting, then getting a ticket-- that's a bad thing,\" said David Keene, a Third Ward patron.

They say the less money they spend on parking, the more they'll spend at local merchants.

The proposed study will be discussed at the next meeting for the Department of Public Works in three weeks.