After learning she was stolen at birth, teen faces tough choice 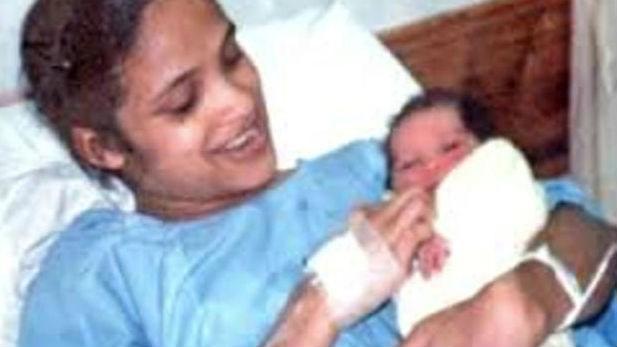 (CBS NEWS) More than 17 years after their 3-day-old newborn daughter was snatched from her hospital cot, parents Celeste and Morne Nurse have been reunited with their missing daughter.

It's the perfect Hollywood happy ending right? Except it isn't. It is messy, complicated, and emotionally fraught.

The Nurses have been deprived of 17 years with their beautiful daughter. The family that raised the child the Nurses called Zephany -- but who grew up under a completely different name -- has suffered a devastating loss.

Apart from the woman who allegedly kidnapped her, everyone else in the family believed she was theirs to love and now they have to deal with the consequences of a potentially devastating lie.

And at the center of it all is an innocent child. A few weeks ago she started her final school year full of hopes: a fairy tale end-of-year dance, having a boyfriend and doing well enough in her final exams to follow the career of her dreams. All of that has been shattered.

Zephany has been taken to a place of safety by social welfare officials and hasn't even been able to go to school as usual because of the intense media scrutiny. She has been separated from the mother and father she loved for 17 years. And her birth parents are complete strangers.

She will of course slowly get to know them and having met them myself, they are lovely people. But one can only imagine the turbulent emotions this young teen is experiencing.

Friday, the woman accused of stealing Zephany and raising her as her own appeared in court. She was granted bail of $500 on the strict understanding that she is not allowed to go near Zephany.

Later this year she will stand trial for kidnapping. It's expected that a plea bargain will in all likelihood be struck but the possibility of doing at least some jail time is very high.

And over the next few weeks a decision will have to be made about Zephany's future. She cannot stay in the care of state forever. Does she return to the family she knows or begin a new life with her real parents who have longed for her return for nearly two decades?

Zephany's social worker has said that all she wants is to be normal and have as many loved ones around her as possible without being forced to choose between people.

(CBS NEWS) Zephany's biological parents have so far been remarkably mature and reconciliatory, despite being very young -- Celeste was just a few months older than Zephany is now when she gave birth to her.

Zephany has grown up as an only child; the Nurses have three other children.

\"She would like to keep her name that she's got now - she wants to keep the name and also what I've told her is I won't keep her away from this other family,\" said Celeste. \"She's got all the right to go and visit them. I mean they've been her family for 17 years and what I want to do as well is when I see the woman that took her, I want to give her a hug when I see her and say thank you. Thank you, you've done a good job, look at my daughter, she's beautiful inside and out.\"

A detective working on the case says at the end of the day while everyone is delighted that there is closure for the Nurses and that the case has been solved, there are no real winners here.