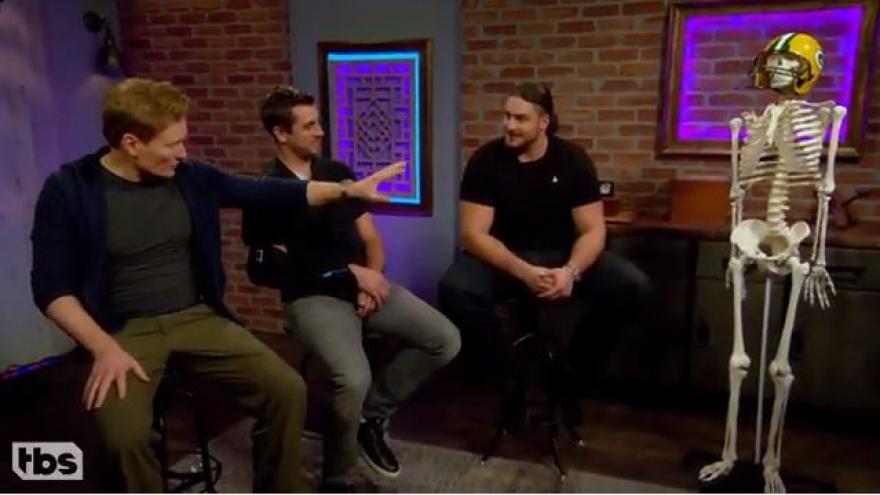 Rodgers said that he has 13 screws in his right collarbone.

During the segment Conan brings in a skeleton to do a simulation of how Rodgers broke his collarbone.

David Bakhtiari also made an appearance where Conan made him apologize to Aaron for not doing his job and protecting the quarterback and also apologizing to a fantasy football owner who had Rodgers as his starting QB.