A woman gets a birthday card from her dad, five years after his death 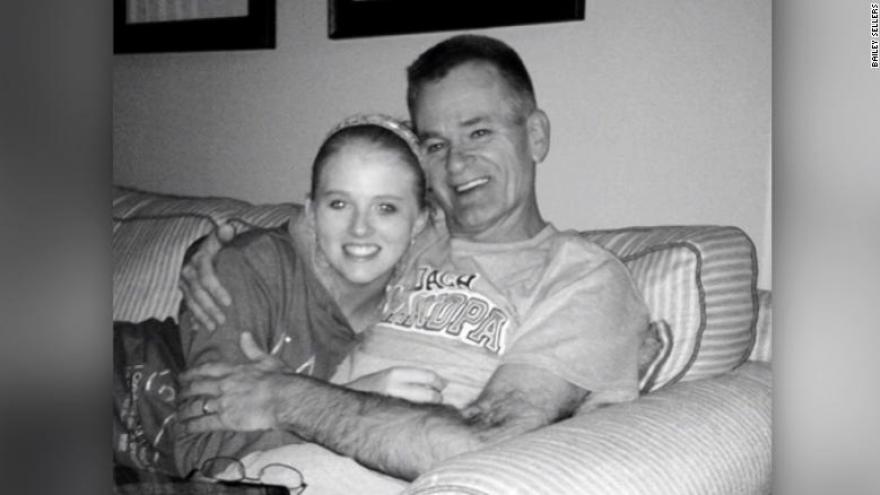 (CNN)Everyone loves getting cards on their birthday. But a Tennessee woman got a card from her father that she'll cherish forever.

Bailey Sellers' father, Mike Sellers, died of Stage IV pancreatic cancer in 2013, just a few months before her 17th birthday. But her dad made sure he could still celebrate her special day, even in death.

Before his death, he prepaid a flower shop to deliver flowers and a card to her every year on her birthday. The last of the flowers and cards came last week, for her 21st birthday.

"When I opened this card, I especially felt him with me. It's a cold feeling, then a happy feeling at the same time," Sellers, of Knoxville, Tennessee, told CNN affiliate WATE.

In the card that came with this year's flowers, Mike Sellers told his daughter this would be his last letter to her "until we meet again" and that she shouldn't shed anymore tears over him.

"I am in a better place. You are and will always be the most precious jewel I was given," he wrote.

Seller's father also told her that he'd always be with her.

"I will still be with you through every milestone. Just look around and there I will be."

My dad passed away when I was 16 from cancer and before he died he pre payed flowers so i could receive them every year on my birthday. Well this is my 21st birthday flowers and the last. Miss you so much daddy. ? pic.twitter.com/vSafKyB2uO

Touched by her late father's gesture, Sellers tweeted a photo of the flowers, the card and an old photo of her dad hoisting her up on his shoulder during a long ago trip to the beach.

"Miss you so much daddy," the tweet ends, with a little purple heart.

The post lit up Twitter, with thousands of people not only sharing it but also telling their own stories of how they dealt with the pain of losing a parent. Sellers understands that pain; she said she became depressed after her father's death. So now she's studying psychology at East Tennessee State University, hoping to be able to one day help people navigate the kind of grief that once enveloped her.

She thinks her dad would be proud of himself for having pulled off such a beautiful gesture, which offers an important lesson for all of us.

"He would be so proud that he did this," she said. "He made people happy. He made people realize that they shouldn't ... take the people they care about for granted."