A record 4,239 guns were seized at U.S. airports last year 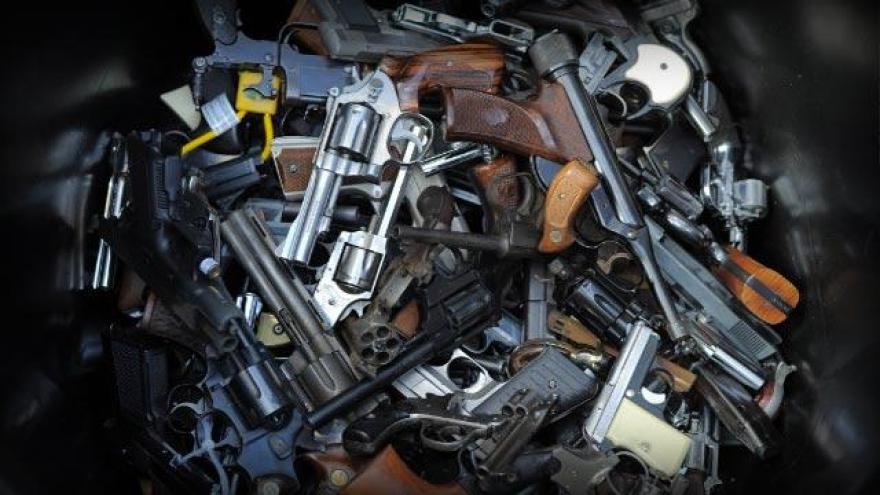 (CBS News) -- A record number of firearms were discovered at U.S. airport checkpoints last year, with more than 4,200 guns found at 249 airports nationwide, according to new government data. More than 86 percent of the guns found were loaded, according to the Transport Security Administration (TSA).

The airports that saw the most firearms discovered sit along the Sun Belt, from Atlanta to Arizona, in states with looser gun laws, reports CBS News correspondent Kris Van Cleave. CBS News dug through thousands of police records trying to understand why this problem continues to grow. Our investigation found while thousands of guns are spotted by TSA screeners, some appear to be getting through.

At Dallas-Forth Worth airport alone, guns were found in carry-on bags 219 times last year. Nationally, it happened nearly 12 times per day, with the passengers almost always saying it was a mistake.

The 4,239 guns stopped at TSA checkpoints last year is a 7-percent increase over 2017. Ten airports accounted for nearly a third of all the cases. Atlanta had the most, with 298 firearms found in carry-on bags.

Asked why he thinks the numbers are growing each year, TSA Administrator David Pekoske said: "I'm just going to guess here; I think more people are just simply carrying weapons in the country and we reflect what we're seeing around the country."

"When you are going through a TSA screen checkpoint, you know you're there. You don't just happen upon that… before you hit the first person in line… just take a quick look through your bag," he added.

TSA is working with airports to improve signage reminding people guns cannot be placed in a carry-on bag. The agency also demonstrates how to properly pack an unloaded firearm -- in a locked case, in checked luggage.

Otherwise you risk arrest. The TSA can also seek fines up to $13,000 for anyone violating the laws.

But not all guns are found.

Last month screeners in Atlanta missed one in a man's carry-on. Our review of 2017 police records from seven airports found at least three cases where it appeared guns had gotten through checkpoints.

"I'm a little troubled by the fact that the gun went through the X-ray machine and was missed," Van Cleave told Pekoske.

"Oh, I'm troubled by that too. I think that everybody in TSA is troubled by it," Pekoske said. "We do everything we can to figure out why it happened."

Our investigation found that, in the vast majority of cases in 2017, it was men, and 63 percent were white. Most ranged in age from their 30s to their 50s. But guns were also found in the luggage of an 84-year-old woman, a 10-year-old boy, a pastor, and an airport worker.