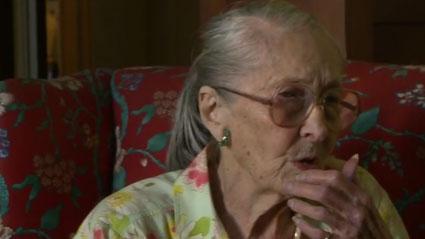 BURLINGAME (CBS SF) — A 97-year-old woman is facing eviction from her home she has lived in for 66 years, according to CBS San Francisco.

Marie Hatch has lived in her cottage for 66 years after her landlady and friend made her a promise all those decades ago.

The deal that gave her the right to stay at the cottage for as long as she wanted was a verbal promise. Hatch has nothing in writing about the agreement.

The current owner — the grandson-in-law of the original landlady — has informed her she has 60 days to move out.

She shares the home with her 85-year-old roommate, Georgia Rothrock.

Together, the two women pay $900 a month rent. If they get evicted, they are not sure where they will go.

The landlord’s attorney put out a press release late Monday afternoon saying the landlord knows nothing about a guarantee that Mrs. Hatch could live at the home for life.

The landlord told the San Francisco Chronicle that he feels bad, but insists that he has to evict the ladies because his late wife left a trust for their sons which is about to expire.

And since there is nothing in writing about Marie Hatch being able to stay, he says he is quote – “duty bound to sell the property” on behalf of his sons.