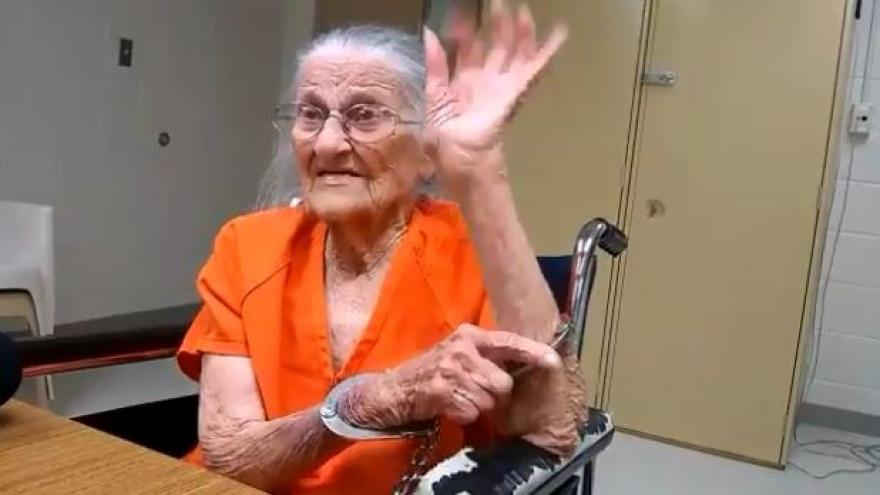 EUSTIS (CBSMiami) — A 93-year-old woman was arrested after she reportedly refused to pay rent for three months to the independent living facility she was in.

Police arrested Juanita Fitzgerald for trespassing, took her to Lake County Jail, handcuffed her at the facility and put her in an orange jumpsuit.  She was released Thursday on her own recognizance, according to WKMG.

The home where Fitzgerald was living, Franklin House, is owned by the National Church Services.

Karen Twinem who is with the church service said Fitzgerald told the staff she was holding back rent because she was going to die soon and that there was mold in her apartment.

The facility tested the apartment and no mold was found.

Twinemen said she tried contacting Fitzgerald’s family to try to get her help and reached out to several agencies but Fitzgerald refused them all.

When authorities tried to arrest her she reportedly refused to get her belongings, intentionally slid out of her chair and onto the floor then resisted when officers tried to pick her up.

Officers did escort her out safely without handcuffs but a WKMG reporter interviewed her at the jail said she observed bruises on her arms and handcuffs around her wrists.

Fitzgerald denied the allegations that she didn’t pay rent because she thought she was going to die soon.

“I don’t have anybody. My family is in Tennessee and I told them not to tell my son anything that’s going on,” she told WKMG.

“I don’t have anybody. My family is in Tennessee and I told them not to tell my son anything that’s going on,” said Fitzgerald.

It’s not over for Fitzgerald. She has appear in court on Dec. 27th. In the meantime, she is staying with a friend.