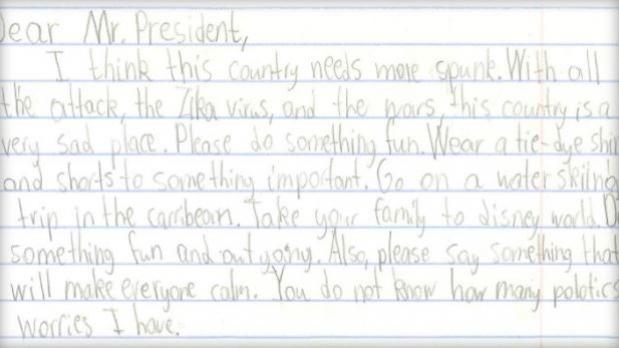 (CBSNews) A lot of people are thinking about the direction of our nation, but an 8-year-old girl named Lily took action.

Lily’s dad is in the Air Force and she has big dreams of becoming a cardiovascular surgeon, although she proudly announces that becoming president would be her back-up.

But she’s worried that, “With all the attack [sic], the Zika virus, and the wars, this country is a very sad place.”

While Donald Trump and Hillary Clinton argue over how to fix it, Lily thinks she knows what’s missing: “This country needs more spunk.”

She wrote a letter to President Obama explaining that she not only wants people to be calm, happy and safe, she has suggestions on how this can be achieved.

“Please do something fun,” she wrote. “Wear a tie-dye shirt and shorts to something important. Go on a water skiing trip in the Caribbean. Take your family to Disney World. Do something fun and out going.”

Lily also had one last request:

“Also, please say something that will make everyone calm,” Lily said. “You do know know how many politics worries I have.”

President Obama addressed her concerns in a letter of his own.

“Thanks for the fun letter and suggestions,” he wrote. “You seem like a great kid, and I can tell you’ve got plenty of spunk to help keep our Nation strong!”

And while the President was unsure about the tie-dye shirt idea, one thing he’s absolutely sure of is Lily’s potential.

“Always remember that you have a big role to play in shaping the world and making a difference in people’s lives,” his letter said. 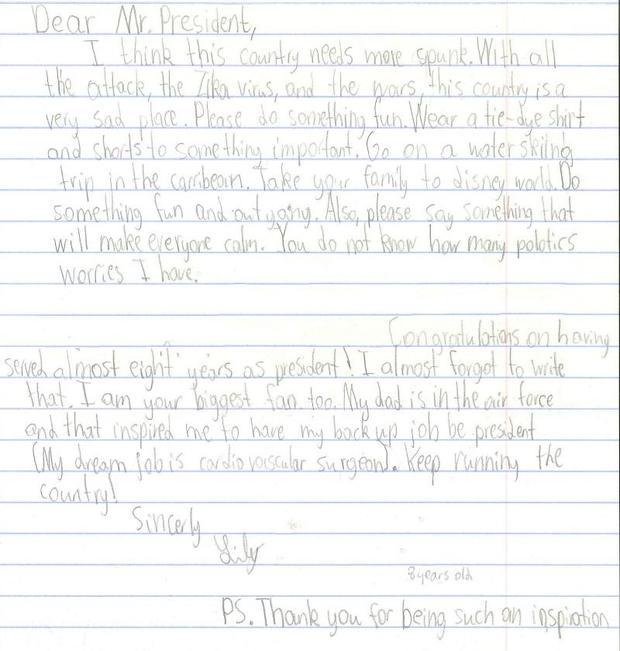 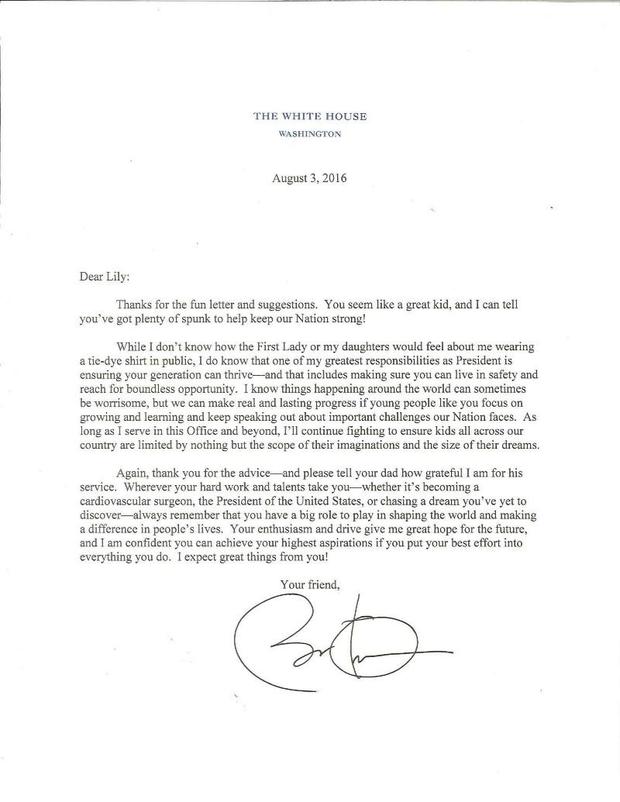