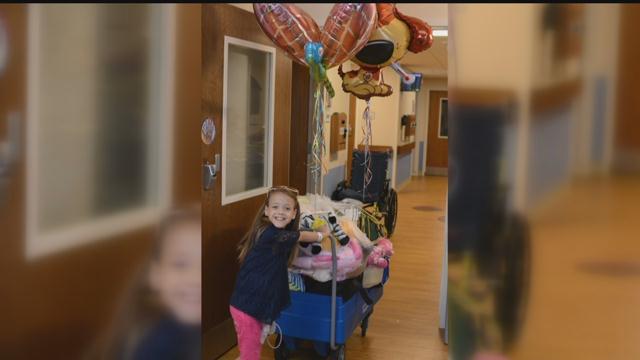 “My mommy put makeup on me. And she did my hair,” said Fuller.

Natasha was bright and smiley when we first met her back in March at Oakfield Elementary, but she was a little girl with a big problem: she was in stage 4 renal failure.

Going to dialysis three times a week didn’t stop that bright attitude it was so infectious few realized how ill Natasha Fuller really was.

But when third grade teacher Jodi Schmidt learned Natasha needed a kidney she decided to give the 8 year old one of her own.

Before they only knew each other from passing by in the hallway but as you can see from this video taken just after the surgery in late May their bond is now unbreakable.

The two both have weeks of recovery ahead, but Jodi said it was more than worth it.

Natasha's family released a statement saying in part "We will forever be grateful for Jodi's selfless gift and the outpouring of support our family has received."