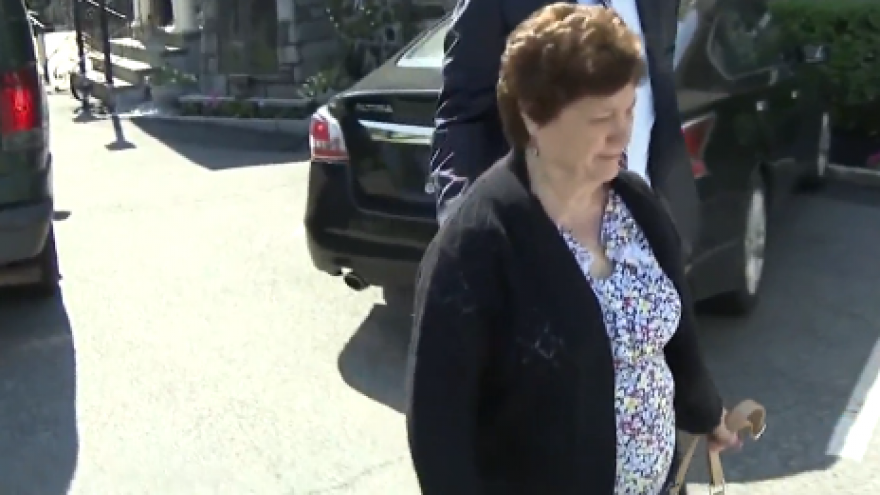 EASTCHESTER, N.Y. (CBSNewYork) — A surprise arrest has been made in Westchester County, where a grandmother was charged in a bizarre crime spree.

In a strange end to a maddening mystery, police have charged a 75-year-old woman for vandalizing her neighbors’ cars.

Her attorney is as dumbfounded as anyone.

“I’ve never seen anything like it, so there has got to be an explanation,” defense lawyer John Pappalardo told CBS2’s Lou Young.

Cars at the co-op were keyed with such regularity, resident Priska Diaz set up her own surveillance last week.

“I wanted to really see who this individual is who’s terrorizing us,” she said.

Residents thought they caught the vandal’s image last week — a young man moving through the parking lot in the dead of night.

They were wrong, police took a closer look and found something they’d missed.

“We all kind of thought it was a young person; you jump to conclusions, but the evidence you know is conclusive, and we are quite shocked,” Dana King said.

The images were captured before Priska Diaz set up her security camera. Detectives and management couldn’t believe their eyes. It was literally someone above suspicion.

Suspicion among neighbors — some of whom are also victims of the vandalism — is that Mrs. Braccia became depressed following the death of her husband.

They believe the mystery has been solved.

“I would certainly never suspect that a 70 plus year-old woman was doing this,” Diaz said.

The camera never lies, even if the truth is hard to fathom.

Braccia has pleaded not guilty.