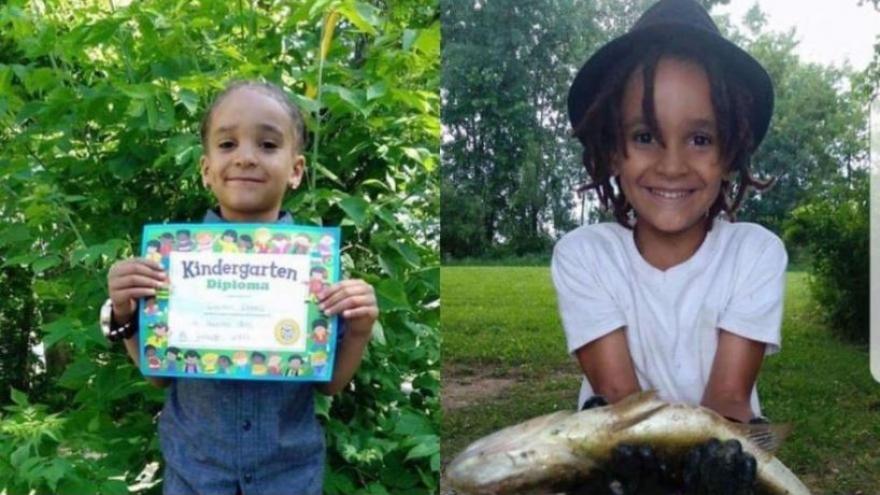 Family members have identified the 6-year-old boy shot and killed near 23rd and Nash Saturday. Justin Evans was killed outside his grandma's house around 6:00 PM Saturday evening. On Sunday the family came together to honor his memory and encourage an end to violence.

"I can't take it. I watched my nephew take his last breaths. I was right there when he got shot. That's not nothing you want to see. We had to sit there and watch him. Just laying on that porch. Just laying in his own blood. Just lying on that porch just looking at me like help and I couldn't help him," said Justin's aunt Jasmine Jones.

Justin was shot just as he was saying goodbye to his mother before a fishing trip.

Milwaukee Police Chief Ed Flynn attended the march, "Since 2012, we've had 10 of our children murdered by gunfire in this city. Anybody here that's a parent or in my case that's a grandparent feels this. The entire department feels this."

"The people who are responsible for doing this have to be brought to justice. Turn yourself in," said Common Council President Ashanti Hamilton.

"To see my nephew gone that hurts. I just want to ask for y'all to step up whoever just did this to my nephew. Y'all see all these kids on the block and y'all pull out a gun and just shoot. And y'all kill an innocent kid and y'all run. Just step up and turn yourself in. Let my nephew get justice so we can be at rest," said Jones.

Police tell CBS 58 they are still working to identify suspects.The public is encouraged to come forward if you have information. Their tipline is (414) 935-7360.

The family has set up a GoFundMe for the boy's family for a memorial and burial costs. You can donate here.