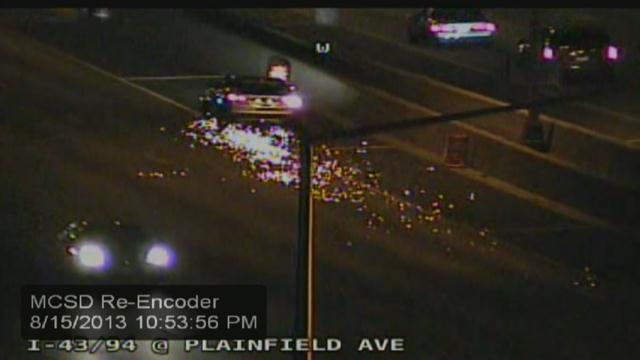 Several lawmakers plan to introduce a new bill to deter people from drinking and getting behind the wheel. But Mothers Against Drunk Driving are not fully in favor of the legislation.

The new bill is getting bi-partisan support and it's a simple idea. If you're arrested five times for drinking and driving, you will lose your license for good.

The videos don't lie. One crash scene after another of people who drink and drive causing damages, injury and death.

"I realize that making tougher laws is not going to cure the problem with drunk driving in Wisconsin, but I think it's one factor." Representative Jim Ott is a big supporter of what's being called the "5 times and you're out" bill.

He believes laws in Wisconsin penalizing drunk driving just are not tough enough, "right now in Wisconsin you get a civil forfeiture for first offense. It's like getting a really, really bad speeding ticket. But is not a criminal offense. We're the only state that has that."

The lawmaker is currently pushing six different bills targeting repeat offenders, including one that would entirely remove "the look back period" for drunk driving arrests.

Mothers Against Drunk Driving doesn't necessarily oppose the "five times and you're out" bill, but don't believe it's tough enough either.

Instead, MADD would prefer a 5th time offender to have an ignition interlock in their vehicle for up to ten years.

"There's 24,000 drunk driving convictions in 2014 according to the Wisconsin Department of Transportation and within six months nearly 2,000 of those 24,000 people were caught driving on a suspended license," said a MADD spokesperson.

In 2009, lawmakers approved a bill to make ignition interlocks a requirement for first time OWI convictions.

According to MADD, DUI related crashes accounted for nearly a third of all the traffic fatalities last year in Wisconsin.