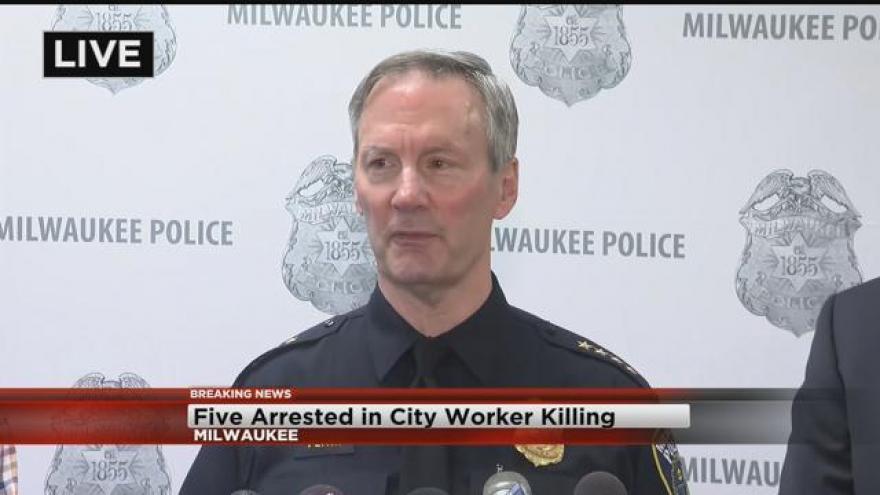 Five suspects have been arrested for the fatal shooting of a city employee, according to Milwaukee Police Chief Ed Flynn.

The suspected shooter was among those arrested, according to Chief Flynn.

Chief Flynn said he believes it was an attempted carjacking.

Greg "Ziggy" Zyszkiewicz was fatally shot by a shot gun, according to Chief Flynn.

Allegedly the same shot gun was used earlier in the day to carjack a Kia Soul.

This led officers to the five suspects.

The five suspects were involved in two vehicle pursuits that led to crashes and foot chases.

The suspects were 16-years-old to 21-years-old, and all of the suspects had prior arrest records.

Chief Flynn said the investigation is not over, but there was an enough evidence to charge the suspects.