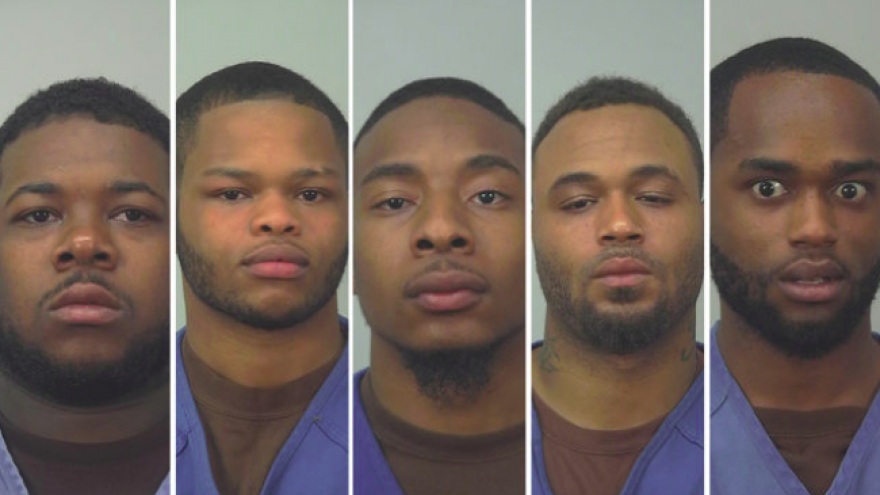 The Madison Police Department said at least 11 people were struck by paintballs as a van with five men inside drove around and fired rounds from a paintball gun in several parts of the greater Madison area.

The van was stopped on Fish Hatchery Road just before 6 p.m. Sunday after a witness, who was following the van, updated a 911 communicator about its direction of travel.

Arrested on suspicion of second-degree reckless endangerment were:

Police said a paintball rifle was seized, as were several hundred blue paintballs.

Town of Madison, Fitchburg and Monona police assisted the city of Madison department in the apprehensions, police said.