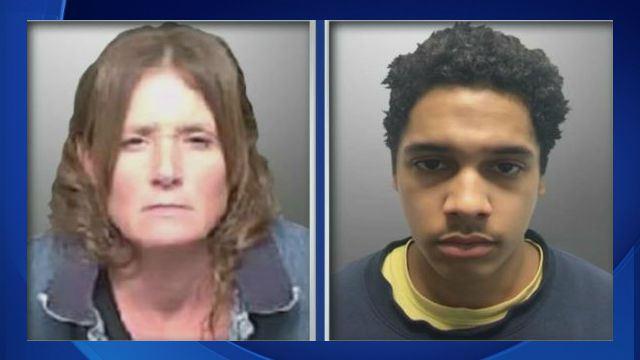 SALINAS, Calif. (CBS SF) — A woman and her teenage boyfriend charged as an adult pleaded not guilty in Salinas Wednesday to the murders of two children and abuse of a girl last month, a defense attorney said.

Tami Joy Huntsman, 39, and Gonzalo Curiel, 17, were arraigned on charges of murder, torture, child abuse and conspiracy in Monterey County Superior Court, where they entered their pleas, said Jeremy Dzubay, who is representing Curiel.

Huntsman and Curiel are accused of abusing to death a 6-year-old boy and a 3-year-old girl, stuffing their bodies in a plastic bin and storing them in a rented storage unit in Redding.

The pair is also charged with abusing a 9-year-old girl, who was found starving and with broken bones in the back of an SUV parked in Quincy, California.

Sheriff’s deputies in Plumas County investigating a child abuse and neglect case in the town of Quincy found a girl suffering from severe abuse and torture, according to Redding Police Lt. Pete Brindley.

Quincy-based Plumas News reported the injured and starved 9-year-old girl was found in a locked vehicle on East Main and First streets last Friday evening. Plumas County Sheriff Greg Hagwood told Plumas News she was suffering from broken bones and fingers, a dislocated jaw, and missing teeth along with open sores and lice infestation. She weighed only 40 pounds.

“This has shaken my staff to the core,” Hagwood told Plumas News. “That little girl had been subjected to the most unspeakable measure of torture for an extended period of time. This is child abuse, the likes of which we haven’t experienced here (in Plumas County).”

They allegedly traveled from Salinas to Redding, Quincy and Shingletown in Shasta County between Nov. 27 and Dec. 11, according to police.

The case had been continued twice in January, but the couple finally appeared in court and entered not guilty pleas Wednesday morning. They were transferred to Monterey County jail earlier this month.

Curiel is being charged as an adult and cannot face the death penalty as a juvenile, prosecutors said.

Curiel was 16 years old when the crimes were carried out, according to an eight-page complaint released in December by the District Attorney’s Office.

They are scheduled to return to court on Feb. 19 to set a preliminary hearing, Dzubay said.

In court Wednesday, attorney Kay Duffy was appointed to represent Huntsman, according to Dzubay.

Huntsman can face the death penalty under special circumstances allegations, according to prosecutors.

The time Curiel face in jail is an “open legal question,” Dzubay said.

Under state law, Curiel faces a maximum penalty of life in prison without the possibility of parole, but that may change under a U.S. Supreme Court opinion issued Monday that a ban on such sentences must be applied retroactively, according to Dzubay.