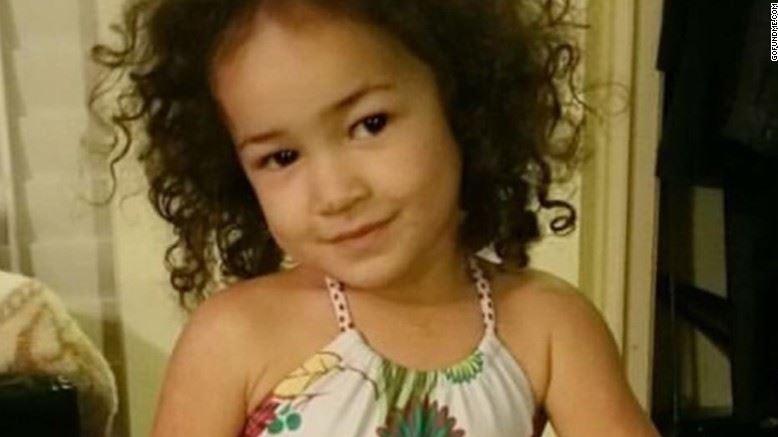 A week earlier, Elsie was playing with a friend when the incident happened, according to a Facebook page created in support of the Mahe family by one of their neighbors. Her friend ran and told Elsie's mom, Sunny, who immediately started CPR. She was flown to Intermountain Primary Children's Hospital in Salt Lake City.

At the hospital, Elsie was unconscious, sedated and breathing on a ventilator in the intensive care unit. A family friend started a GoFundMe page, which also included updates on Elsie's condition.

The updates shared how Elsie's heart rate would drop and she would respond positively when her parents came to sing to her as she remained sedated. There was hope when she began breathing on her own, was taken off sedation and moved her leg when her knee was pinched. But she remained unresponsive.

Reno said that every positive indication was countered with a negative one. While the swelling in her brain reduced, they discovered she had also contracted an unspecified illness and was experiencing seizures. The results from her MRI indicated that her "upper lobes went without oxygen long enough to be devastated," according to an earlier update from the family.

At times, she was able to breathe on her own, but not for long. She suffered from seizures and was no longer able to breathe without the ventilator Monday night. Doctors gave Elsie a breathing test as well as a neurological death exam, according to her mother.

The family plans to donate her organs in order to save other lives.

"Reno and I wept with gratitude to our Heavenly Father that Elsie would be granted a peaceful passing and would be able to save lives through her physical body still," Sunny posted on Facebook.

Reno and Sunny have seven other children together. They were both athletes at BYU. Sunny played volleyball and was an All-American freshman, and Reno played football. He spent five seasons in the NFL playing for the Philadelphia Eagles before returning to BYU as a coach this year.

Window covering cords are one of the top hidden dangers in the home, according to the Consumer Product Safety Commission. In fact, a window-covering strangulation death occurs about once a month. They are dangerous because strangulation can happen quickly and quietly in areas normally thought to be safe, like bedrooms or living rooms. Children as old as 9 have been involved in these incidents.

"Unconsciousness can happen within 15 seconds and death within two to three minutes," said Kim Dulic, public relations officer for the safety commission. "CPSC is aware of incidents that have occurred while others, including parents, were in the same room."

Pull cords, looped bead chains, nylon cords, the inner cords of Roman shades and lifting loops of roll-up shades all pose strangulation hazards, according to the commission. These are especially dangerous as children progress from walking to running and climbing.

"The incident data show that children climbed on beds, chairs, tables, and other furniture to interact with the window coverings," according to a commission staff report on the cords. "In some incidents, children were reportedly imitating superheroes or using the beaded chains as necklaces."

The commission recommends cordless coverings or those with inaccessible cords around young children. Chairman Elliot Kaye has praised retailers like IKEA, Target and Select Blinds for selling only blinds and shades that are safe for children. Lowe's, Home Depot and Walmart have committed to do the same by 2018.

Kaye has been addressing the window covering cord safety issue, which he refers to as a "30-year hidden hazard," since he became chairman in 2014. This year, the Window Covering Manufacturers Association announced that it would develop a revised standard for window covering safety by the end of this year.