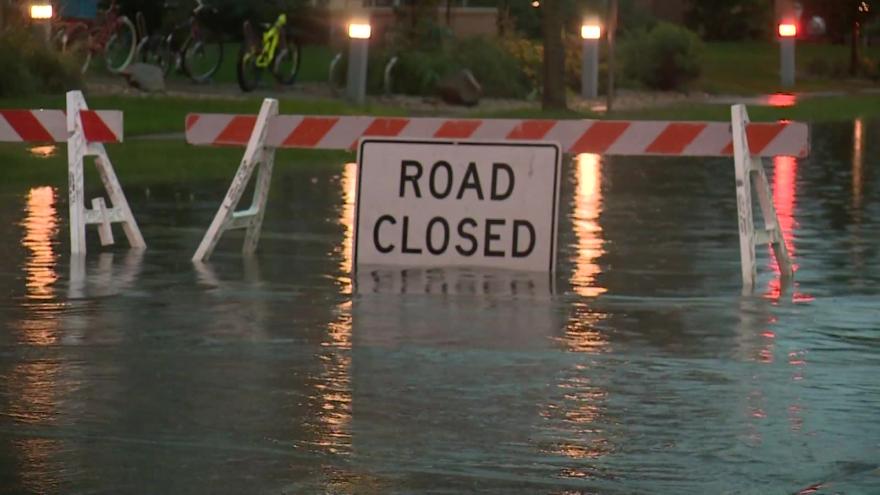 Dane County has budgeted more than $18 million this year to go toward flood mitigation projects, the Wisconsin Public Radio reported . The move comes after torrential stormslast summer dumped more than 11 inches (28 centimeters) of rain in some areas, causing power outages and floating cars.

Madison's flood risk is multiplied by record development, climate change and its geography sitting on an isthmus of former wetlands and surrounded by lakes.

"What we're looking at in 2019 is a fairly aggressive program aimed at improving water flow so that we can move water, when it does hit through the system faster, in combination with looking at how we help mitigate some of the damage as far as reducing runoff," said Dane County Executive Joe Parisi.

Dane County has already started looking into two projects to remove sediment and widen passages to move water more quickly through the lake system. It currently takes two weeks to move 2 inches (5 centimeters) of rain through the system, Parisi said.

Meanwhile, Sauk County is focusing on its flood recovery program , which helps connect residents with caseworkers to secure aid. The program started in December and has raised more than $300,000 in donations, according to Jeff Jelinek, the county's emergency management director.

The funds will go toward a variety of efforts, such as construction, mold clearing and mental health, Jelinek said.

Sauk County is also beginning to apply for grant funding for a study on the impact of future development, Jelinek said.