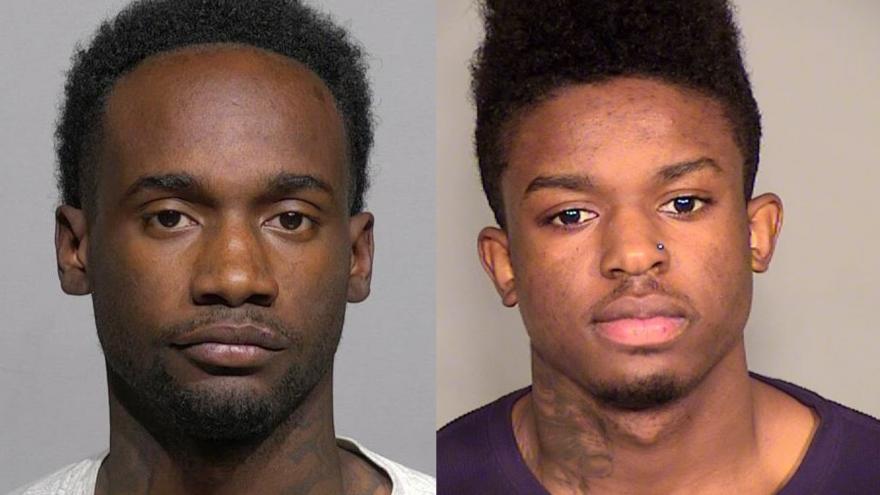 MILWAUKEE (CBS 58) -- Two men are facing charges for the June 29 shooting that killed one man and injured another.

According to a criminal complaint, two officers were in an undercover vehicle near 45th and Wright St. around 6:50 p.m. on June 29.

An officer reported seeing three cars pull up to the intersection. Two cars were parked side by side and one was parked behind.

According to the complaint, a black AK style rifle was pointed out the front passenger window of one of the vehicles and fired 4-5 times at the car next to it. As this happened, a man approached the targeted vehicle from behind and fired several more shots into the rear side of the vehicle with a handgun, before running back.

Once the shooting stopped, officers tended to the people in the targeted car, while additional officers pursued the suspects. They reported that the driver had been struck by a bullet in the head, and the passenger had been struck in the back of the head and shoulder.

The passenger was taken to a hospital with life-threatening injuries. The driver was pronounced dead at the scene.

Police say the suspect vehicle was traveling at speeds up to 110 mph and swerving across lanes of traffic while trying to escape. The fleeing vehicle struck several cars at the intersection near North Ave. and Fond du Lac Ave. before coming to a stop.

Officers say Shantrell Coleman was in the passenger's seat, and exited through the driver's side and ran away. The other occupant, Joe Bohannon, attempted to run but was caught and taken into custody.

Coleman is described as standing 5'7", weighing around 140 pounds, with black hair and brown eyes.