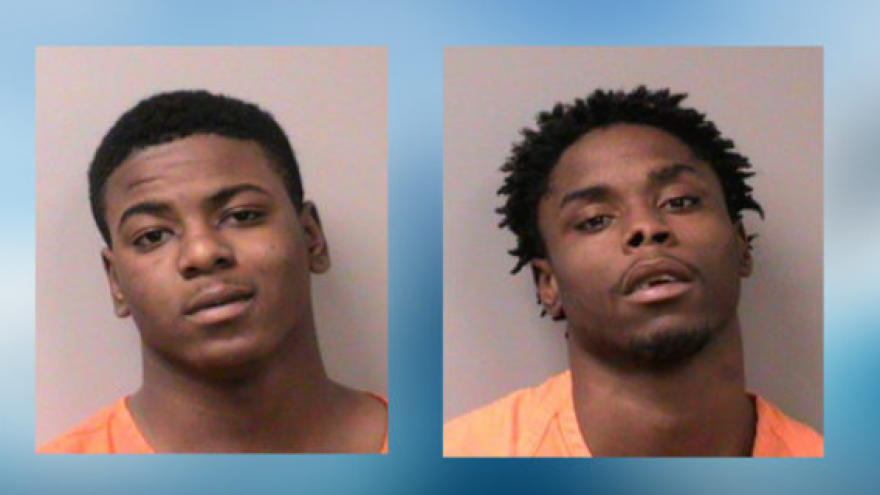 LA CROSSE, Wis. (WKBT) - Two La Crosse teens were charged Wednesday in the gang rape of two girls at a residence on the South Side of La Crosse that took place last month.

According to one of the victims, as many as 11 males were involved in the assault inside the garage at 814 South 19th Street, but only Ronald Crosby Jr., 17, and Heavell Basley, 18, are being charged as adults.

The two girls, ages 15 and 16, had run away from the Family & Children's Center and were in Basley's garage Oct. 29 to early on Oct. 30, with approximately 15 other people, the complaint said.

According to the 16-year-old victim, they smoked marijuana and at one point the 15-year-old girl became unconscious and was raped and hit by approximately 11 males. The complaint said when the older victim tried to intervene, she was forced to perform sexual acts and was raped multiple times.

According to the complaint, another female witness said the 15-year-old victim was assaulted at least 10 times. No lights were on in the garage, so she was unable to identify the offenders.

When interviewed by police, Basley said he was "being a nice guy" and had provided a home for the runaways. Eventually, he admitted to assaulting the 15-year-old and said that the other victim was not assaulted.

Basley is charged with four counts of sexual assault of a child younger than 16, one charge as a party to the crime, and strangulation and suffocation. He is jailed on a $5,000 cash bond.

COPYRIGHT 2017 BY WKBT NEWS8000. ALL RIGHTS RESERVED. THIS MATERIAL MAY NOT BE PUBLISHED, BROADCAST, REWRITTEN OR REDISTRIBUTED.