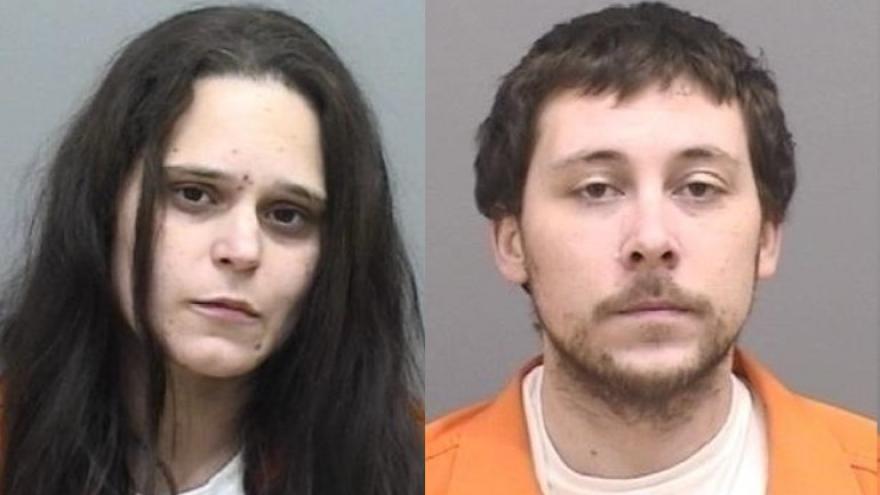 According to the Manitowoc County Sherriff's Office, investigators received assistance from the Wisconsin Department of Justice Division of Criminal Investigation (DCI) in Milwaukee, who observed the two people meeting with individuals consistent with drug deals.

Officials stopped the vehicle on I-43, south of Manitowoc, and items of drug paraphernalia were found.

Investigators took a 29-year-old Malachi Hetzer and 32-year-old Breanna Pieschel -- both from Manitowoc -- into custody.

Sheriff's officials say drugs were found on Pieschel concealed within her clothing at the Manitowoc County Jail, including approximately 35 grams of methamphetamine, 2 grams of heroin, and 5 grams of fentanyl.

Pieschel was charged with delivering narcotics within 1,000 feet of a park, keeper of a drug house, bail jumping, possession of drug paraphernalia, and possession with intent to deliver methamphetamine, fentanyl, and heroin.

Hetzer was charged with party to a crime with possession of methamphetamine, fentanyl, and heroin with intent to deliver and possession of drug paraphernalia. Officials say he is currently on probation/parole with the Wisconsin Department of Corrections.