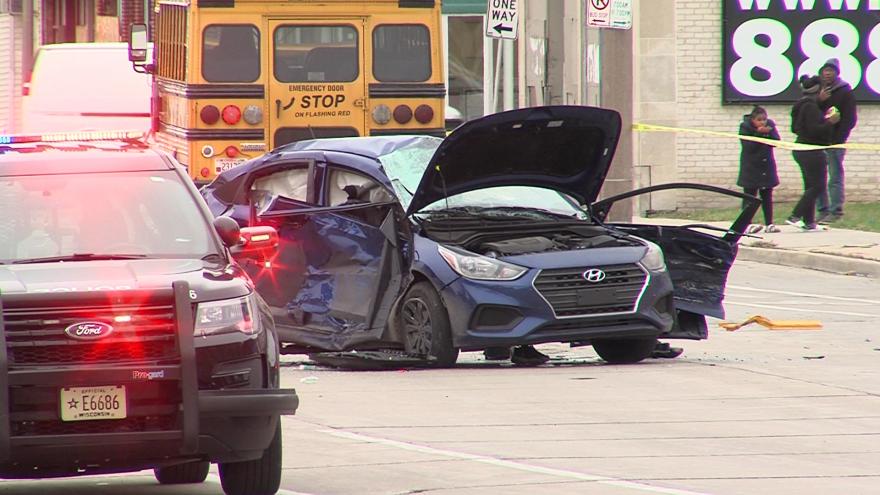 MILWAUKEE (CBS 58) -- An 18-year-old man hurt after the car he was riding in crashed into a school bus in Milwaukee has died.

The Milwaukee County Medical Examiner's Office says the man died Sunday afternoon at a local hospital. An autopsy is pending.

The crash happened on April 18 near 41st and North. The teen was a passenger in a car police were chasing after it had been involved in a shooting that left three teenagers injured.

The fleeing car crashed into a truck and school bus. Three others in the car were arrested.